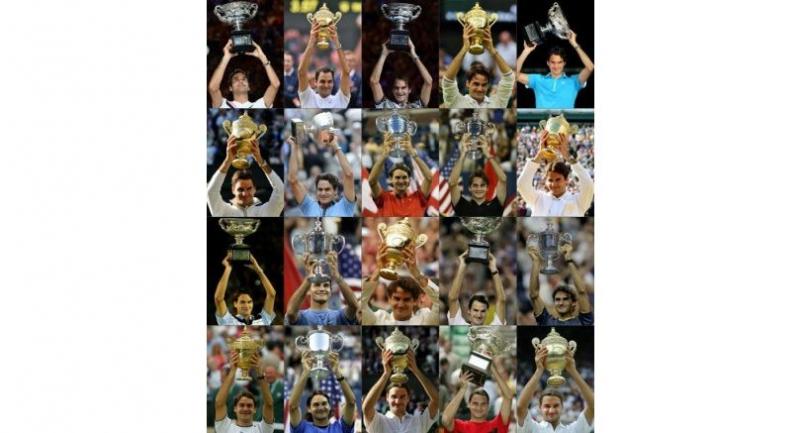 Melbourne - Roger Federer, 36, is showing no signs of slowing down after winning his 20th Grand Slam title at the Australian Open. AFP Sport looks at other athletes who successfully rolled back the years:

The Golden Bear fired a sensational final round to win his record 18th major title at the Masters at Augusta in 1986 -- when he was 46. Nicklaus shot 30 on the back nine as he moved from tied ninth overnight to clinch a dramatic one-shot victory over Greg Norman and Tom Kite. It was a sixth Masters title for Nicklaus, who remains the oldest player to win the tournament.

The Czech-American tennis legend won the US Open mixed doubles title with Bob Bryan in 2006, just weeks away from her 50th birthday. It was her 31st Grand Slam doubles title -- an all-time record -- to sit alongside her 18 Grand Slam singles and 10 major mixed doubles crowns. Navratilova turned professional in 1975, embarking on a career which brought her 167 singles titles and 177 doubles trophies on the WTA circuit, both also all-time records.

Hopkins beat Jean Pascal for the WBC light heavyweight title in 2010 at the age of 46, making him the oldest boxer in history to win a world championship. But "The Executioner" wasn't done there: he won the IBF light heavyweight from Tavoris Cloud, and the WBA (Super) title from Beibut Shumenov at 48 and 49 respectively, extending the record.

Plenty of footballers have played on into extra time, but Cameroon's Roger Milla set what could be an unbreakable record when he scored in the 1994 World Cup at the age of 42. With his goal against Russia, Milla shattered his own record after he grabbed four, aged 38, at the 1990 World Cup, followed by a trademark celebratory jig at the corner flag. Milla's exploits snatched the record from Sweden's Gunnar Gren, who was 37 years and 236 days when he scored in the 1958 World Cup.

Now a free agent after a celebrated MLB career, Suzuki is making no noises about retiring, even at the age of 44. The former Yankees and Marlins outfielder has clocked up an extraordinary career including the all-time MLB record of 262 hits in a season, and is the only player to make 200 hits in 10 consecutive seasons. The 10-time All Star also holds the record for most MLB hits by a foreign-born player.