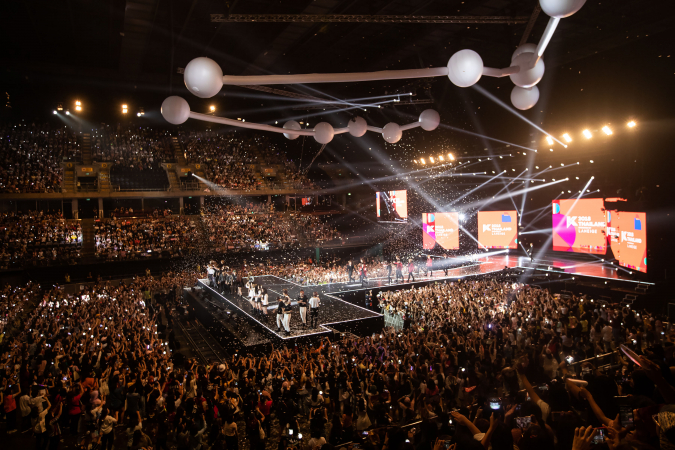 After the overwhelming success of last year’s inaugural event, the two-day K-Culture convention, created by giant South Korean entertainment company CJ ENM and Mnet, promises to be packed with amazing performances from a star-studded lineup of K-Pop stars. In addition, there will be special activities, giving fans the chance to get close to their favourite idols, the organisers said.

In 2018, Thailand had its first experience of the premier international K-Culture convention. The event received an incredible response from local K-Pop fans, attracting more than 42,000 visitors over two days, with tickets sold out in just a few hours.

In response to the demand, KCON 2019 Thailand returns with a convention double in size to offer an even wider range of activities, all related to K-Culture, encompassing the best in Korean music, food, beauty, fashion and lifestyle. The artists’ line-up will be released soon, the organisers said.

The convention and concert franchise was launched in 2012, and has grown each year attracting over 966,000 enthusiasts around the world. KCON is now an established annual celebration for hallyu fans of Korean music, food, beauty, fashion, drama and more, providing the largest forum for fans to directly connect with each other, as well as with artists and professionals from across the Korean entertainment industry, the organisers said.

The convention also provides the chance for local entrepreneurs to join and introduce their products at this K-Culture convention.

Applications for booths at KCON 2019 Thailand convention are now available until August 22 at www.kconthailand.com/booth/apply.

The event will also launch a new communication channel for Thai fans, with the KCON Live Chat starting on July 18. The live streaming will be hosted by Prae, a famous South Korean culture youtuber from the Hi Prae channel, and will offer the latest updates and exclusive content about KCON, the organisers said.

Live streaming will be available on Twitter @KCONThailand at 6pm every Thursday.