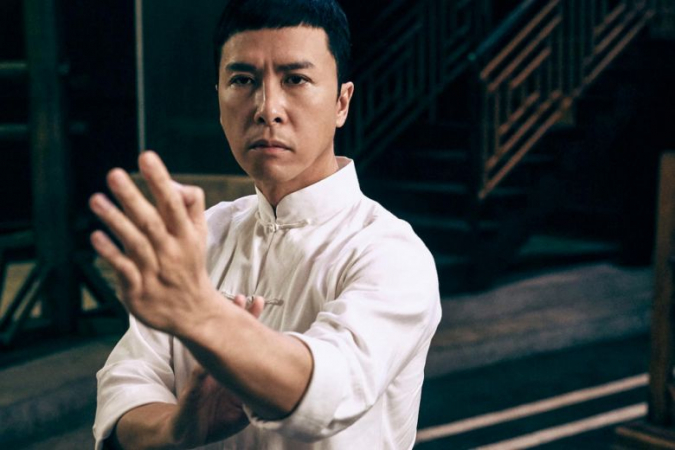 "Ip Man 4" will be Donnie Yen's last outing as the gongfu hero, after three previous ones that started in 2008./Shaw Organisation photo

Donnie Yen once laboured in the shadow of Jet Li and Jackie Chan.

But with the impending release of "Ip Man 4" in the lucrative box-office franchise, action hero Yen, 55, can look back on even arguably overtaking Chan in a career that has also taken him to Hollywood.

Li is largely absent from show business now.Ip Man 4 will be Yen's last outing as the gongfu hero, after three previous ones that started in 2008.The franchise tracks the life of the man who trained Bruce Lee.

Yen wants to free up time to stretch himself further on screen, with a stint as Mulan's mentor in the upcoming Disney live-action reboot adding another feather to his cap.

"Never give up," he recently posted about not opting for the tried and tested.

Indeed, in an interview with Taiwan GQ, he revealed that he never threw in the towel even if he had only HK$100 (Bt400) when he was trying to break into the Hong Kong film industry.

To save money, he ate the food served to the cast and crew during production shoots.

Then, there was the competition from Li and Chan for public notice.Yen slowly built up a name for his martial arts prowess in movies like "Kill Zone" - "SPL" (2005) and "Flash Point" (2007), but it is the Ip Man franchise which has truly turbo-boosted his career.

"Now I just look back at my past with a smile," Yen said, preferring to focus on the future instead.

Will he venture back to kung fu movies?

"I don't really have as much motivation to conquer anything more. But when it comes to contemporary fight scenes, I feel like there's a lot of knowledge about using martial arts and cinematic techniques in harmony that I still have left to show," he said in another interview.

Fans need not fear that Hollywood will claim him entirely.

"I've always been a Hong Kong filmmaker; I've never left. Hong Kong is my home; my children live there. Now that I have a little bit of influence and pull, I'd like to use that to make more films in Hong Kong."

Fans will hope that he can be persuaded to do another Ip Man movie or spin-off, with financial backers perhaps baiting him by giving him the directing reins too.