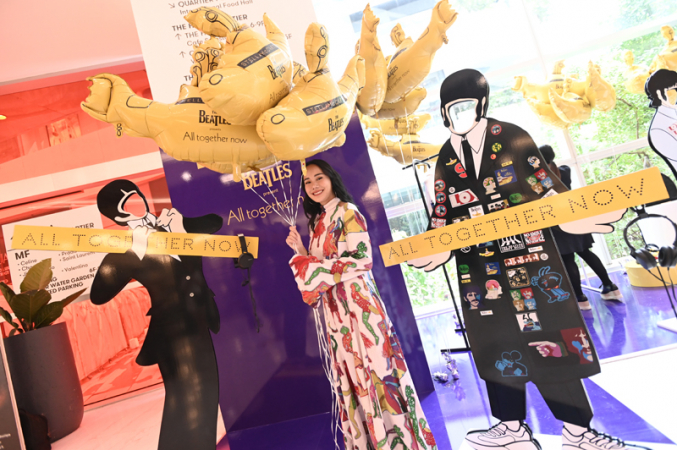 Stella McCartney has paid tribute to The Beatles’ “Yellow Submarine” film with a fashion collection featuring scenes, motifs and graphics from the animated musical fantasy across the “All Together Now” womenswear line.

Digitally remastered for its 50th anniversary last year, the film is a psychedelic adventure through a colourful world that brings people together with love and music, sending a message of togetherness that is as important in today’s political climate as it was when it was originally released. 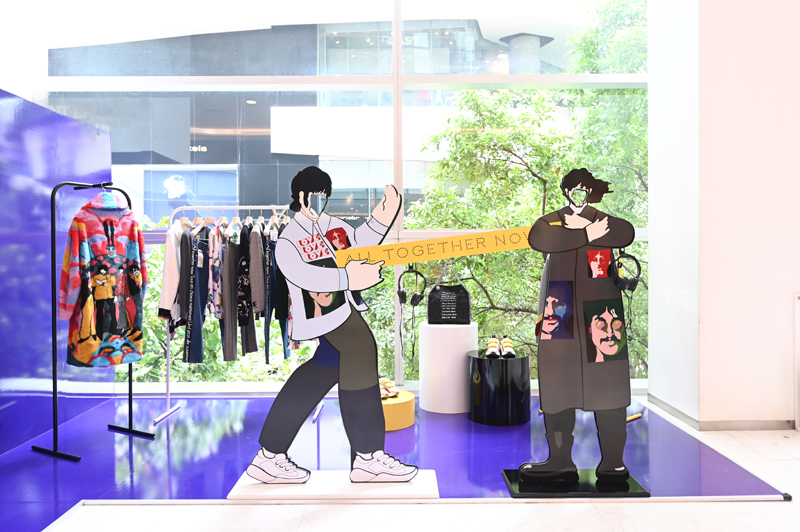 McCartney is the daughter of Sir Paul McCartney, one of the main creative forces in the 1960s British band.

Creative director and founder McCartney’s personal connection to the film’s legacy inspired her to celebrate this message of love and music through the collection and its upcoming campaign, spreading this statement of unity to a modern audience and encouraging them to be agents for change. 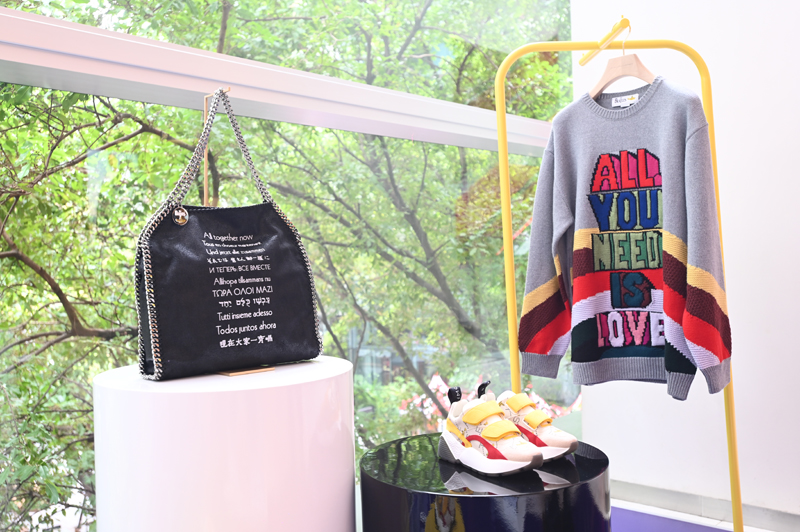 Of the collection, she says: “I recently went to a screening with family and friends for the digital relaunch of ‘Yellow Submarine’. I hadn’t seen it since I was young, and honestly it blew my mind.

“It affected me in a way I just wasn’t expecting. Especially this idea of connecting people and bringing people together - politically this message has never been more relevant. So, I came out and I was like ‘I have to do something’.”

Standout knitwear and jersey pieces for women, men and children are embroidered with the phrase “All Together Now” in multiple languages - a scene taken from the film. This message of togetherness appears again as “All you need is love”, and “love, love, love’ motifs punctuate outerwear and shirts.

For women, the “Lucy in the Sky with Diamonds” scene is reimagined as a painterly, patchworked dancer jacquard on dresses, with a washed finish and flowing silhouettes feeling effortlessly feminine. 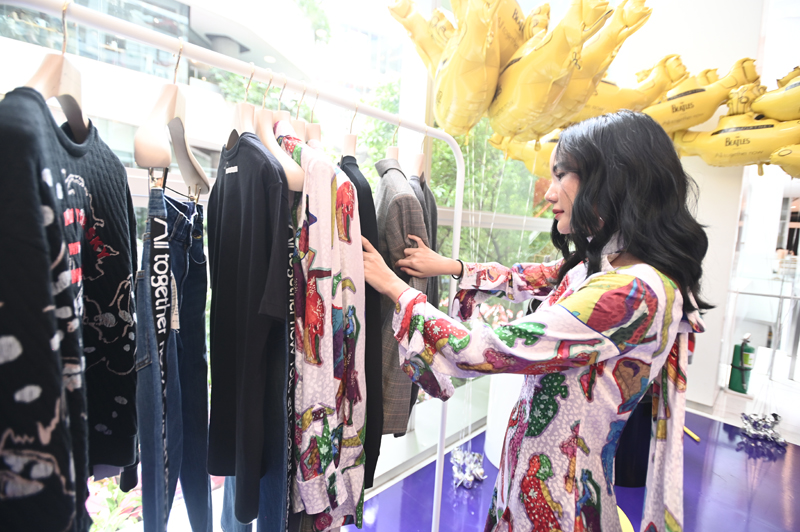 A dramatic Fur-Free-Fur jacquard coat depicts The Beatles in their marching band uniforms, while a limited-edition monogram with mini yellow submarine motifs features on the Alter-Nappa Eclypse and Falabella.

Staying true to Stella McCartney’s commitment, sustainability is reflected across all three categories of the “All Together Now” collection, with the message behind the collection encouraging a collective effort to save the planet. Sustainable materials in the collections include: organic cotton jersey and denim, regenerated cashmere, Econyl recycled nylon and sustainable viscose, with the introduction of a new 100 per cent recycled cotton Breton.

Fashion fans can see the “All Together Now” collection from Stella McCartney at a pop-up store on M Floor at The EmQuartier until August 16.