The moving “Power of Love” exhibition opened this week at the Queen Sirikit Museum of Textiles by Her Royal Highness Princess Maha Chakri Sirindhorn uses the words of Her Majesty Queen Sirikit the Queen Mother herself in a most poignant way.

“The people’s love is worth more than anything in this world,” she is quoted as telling well-wishers on her birthday in 1982 at Dusit Palace’s Dusidalai Hall. 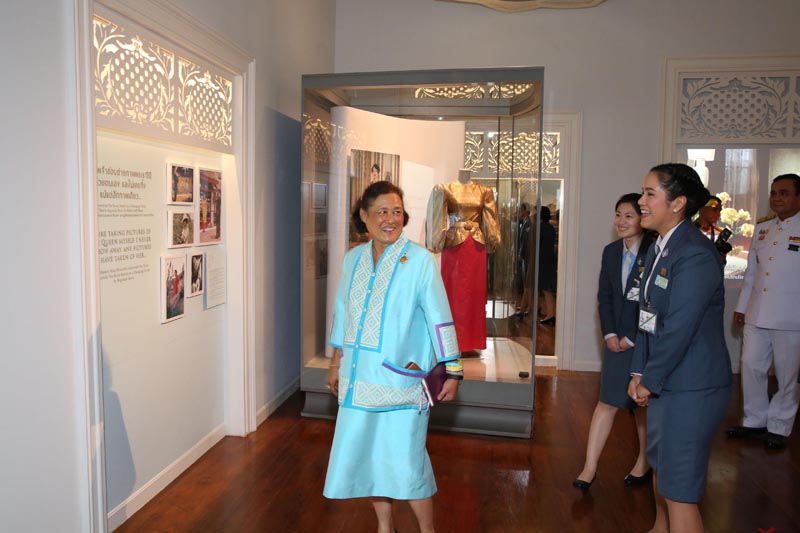 At a private preview of the new permanent exhibition, Thanpuying Charungjit Teekara, private secretary to the Queen Mother, spoke of Her Majesty’s devotion to the country and its people.

Museum director Piyavara Teekara Natenoi outlined the purpose and intent of the facility housed in the Ratsadakorn-Bhibhathana Building at the Grand Palace, and curator Alisa Saisavetvaree described the research that went into “The Power of Love”. 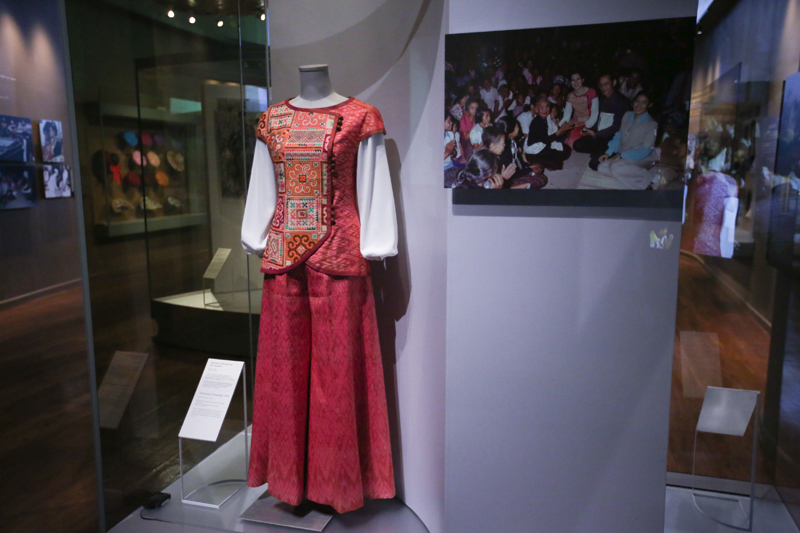 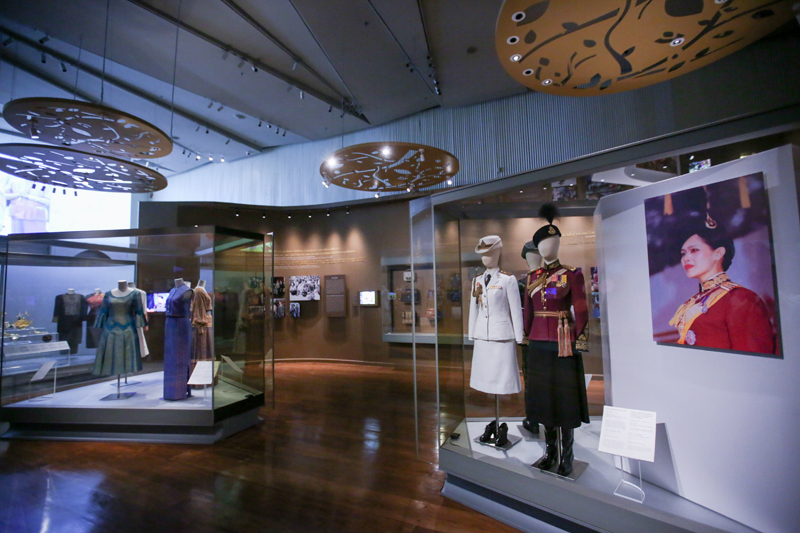 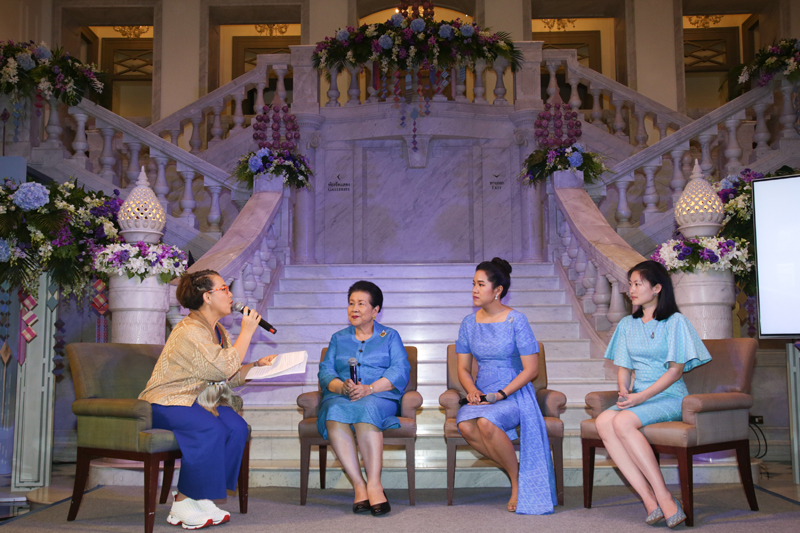 On hand were many people who have worked with Her Majesty on various projects, such as clothing designers Tirapan Wannarat and Pichitra Boonyarataphan. 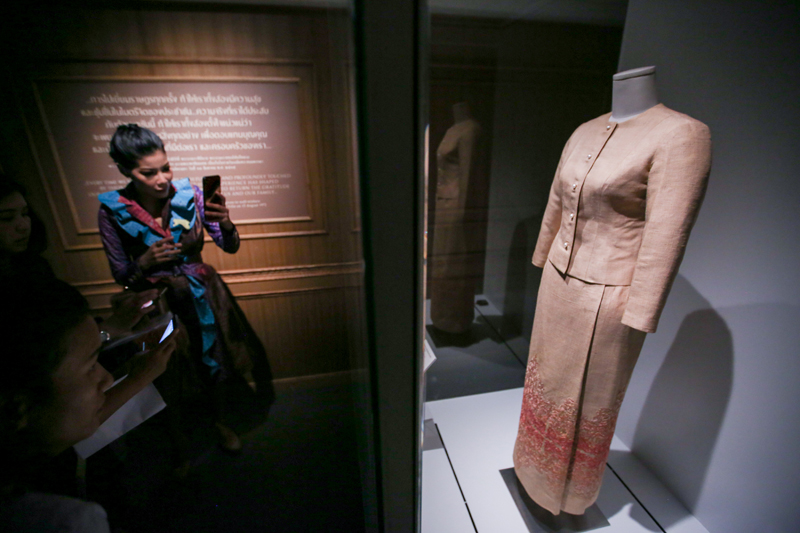 Piyavara said the exhibition was mounted in time for the Queen Mother’s 87th birthday and takes its title from the area of the show dedicated to the love she shared with His Majesty the late King Bhumibol.

One of his portraits of her is among the wonderful photos lining the walls, others showing the fabulous dresses she’s worn, including an evening gown in silk ikat that the House of Balmain in Paris designed for her in 1985.

More outfits Her Majesty wore while touring the country with the late King are set out in a way that mimicks travel by train, ending with the Thai Ruean Ton dress created in 1975 by Noi Kritiporn, who was looking on cheerfully, age 92.

Another stunning outfit is the 21st Infantry Regiment uniform she wore in 1981 while accompanying King Bhumibol as he received pledges of allegiance from the royal guards.

Thus, the exhibition presents history as much as royal culture, each outfit complemented by photos of the event where it was seen. A two-piece ensemble dates to a 2000 dinner reception in Beijing hosted by China’s then-president Jiang Zemin for Her Majesty and Princess Sirindhorn.

Ten years before the quote cited above, on her birthday in 1972, Her Majesty expressed similar emotion for the kindness and affection shown her and her husband by the people, for the power of their love.

“Every time we visit people, we are both fulfilled and profoundly touched by their warm hearts,” she said. “Such first-hand experience has shaped our determination to do everything we can to return the gratitude and benevolence that people have for us and our family.”

“The Power of Love” will occupy Exhibition Halls 1-2 at the Queen Sirikit Museum of Textiles within the Grand Palace into 2022. It’s open daily from 9am-4.30pm, with the last visitors admitted at 3.30.