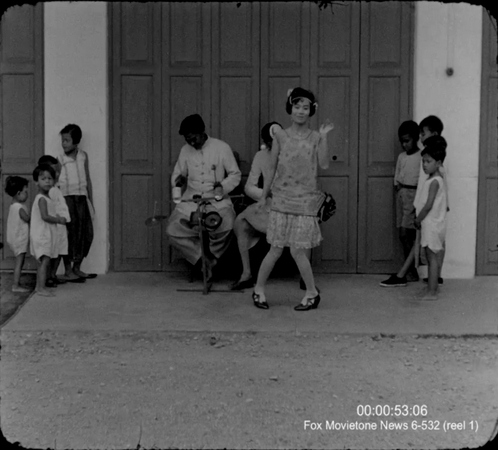 Four historical film clips with recorded sound will be unveiled on September 9 as the Thai Film Archive shares the first time that live sound was captured on 35mm film in this country.

The clips were shot by the crew of Fox Movietone around 1929, during the reign of King Rama VII. In addition to their historical importance due to the inclusion of sound, the four clips also show rare images of a royal puppet performance and a traditional Thai music ensemble. They also captured a lively, eccentric scene of a woman dancing to accordion music while children watch on.

The last clip shows a navy private sweet-talking to a young woman, before cutting to a scene of what looks like a party in an elegant mansion where young couples danced to jazz music. 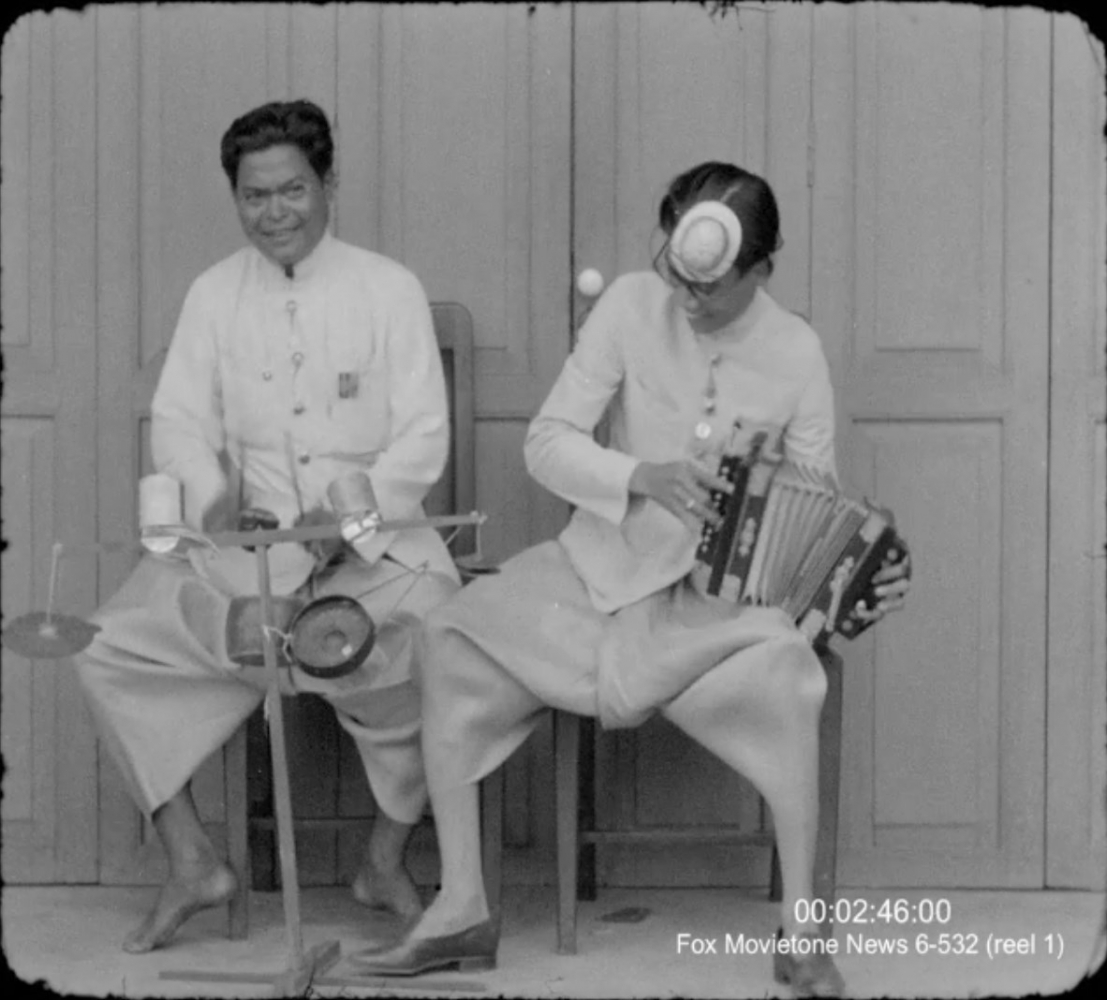 The clips were preserved at the archive of the University of South Carolina. The Thai Film Archive, a public organisation, found out about them last year and requested a new digital scan of the clips from the US archivists for preservation in Thailand. The clips to be shown on September 9 feature high-quality image and sound.

The screening will be accompanied by a talk featuring music historians.

The sound technology introduced to Siam by the crew of Fox Movietone would later lead to the development of sound film in Siam. The first Thai sound film – a feature film – was "Long Tang" ("Going Astray"), made by the Wasuwat brothers in 1932.

“The First Sound Recorded on Film in Siam” will take place on September 9 at 3.15pm at the Thai Film Archive, Buddha Monthon Sai 5 Road, Salaya, Nakhon Pathom. Admission is free.