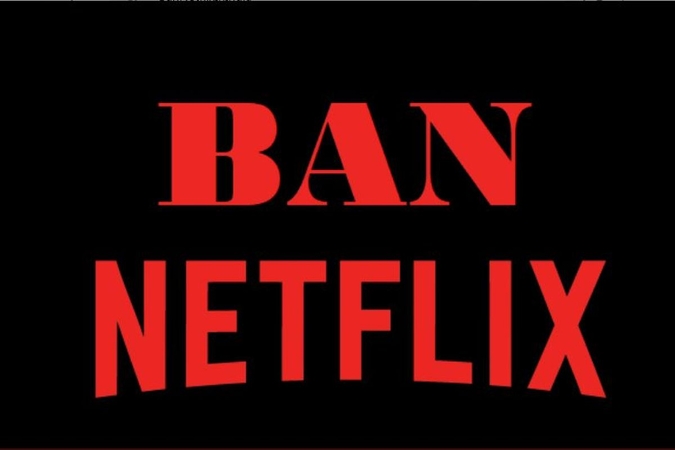 Following the controversy, #BanNetflixInIndia became a Twitter trend with many netizens supporting claims made by Solanki, while others challenging his stance.

Streaming giant Netflix has come under criticism for ‘defaming Hindus’ in India.

Ramesh Solanki, member of the Shiv Sena’s IT cell has filed a police complaint at Mumbai’s LT Marg police station against the OTT giant.

Solanki shared a copy of the letter on his official Twitter handle calling for a ban on the popular content platform.

His complaint alleged that shows like “Sacred Games”, “Leila”, “Ghoul” and the comedy talk show “Patriot Act” hosted by Hasan Minhaj “attempt to paint Hindus and India in bad light.”

Further stating that “almost, every series on Netflix India is with the intention to defame the country on a global level. It is with deep-rooted Hinduphobia that the platform is portraying the nation in a bad light.”

Solanki even cited reasons for making such claims. Drawing on Anurag Kashyap’s directorial “Sacred Games Season 2”, he said that it shows Hindus responsible for all crimes happening in the world, including US killings.”

The letter accused the Nawazuddin Siddiqui, Pankaj Tripathi starrer to have demeaned the “Guru-Shishya parampara with overtly sexual gestures.”

Giving examples from “Leila”, “Ghoul” and “Patriot Act”, Ramesh asked that the licenses of teams’ responsible for such content be cancelled.

He signed off by stating, “One cannot allow an incorrect generalisation based on bogus rhetorics trying to defame a religious minority i.e. Hindu in countries other than India. (sic)”

Solanki sent a copy of the complaint to the Maharashtra Chief Minister Devendra Fadnavis and Mumbai’s police commissioner.

Following the controversy, #BanNetflixInIndia became a Twitter trend with many netizens supporting claims made by Solanki, while others challenging his stance.