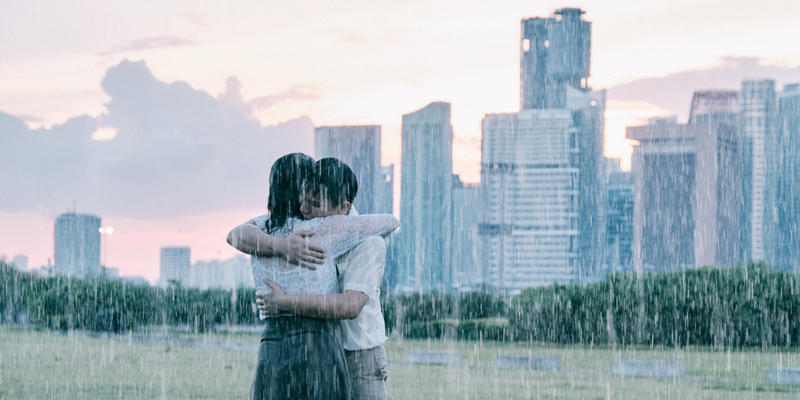 Anthony Chen’s new film “Wet Season” is well received by North Americans in Toronto but will the sensitive issues it addresses go down so well in his home country of Singapore?

Known as an event that tests the waters for the Oscars, the Toronto International Film Festival not only screens potential American prize winners but has long served as an important platform for international cinema. The festival, which this year ran from September 5 to 15 and, as ever, attracted more film fans than any other comparable event,

presented hundreds of films from around the world in various categories and for the first time since the Platform competition introduced the North American public to a Singaporean film.

“Wet Season” is the second feature film by Anthony Chen, whose 2013 work ‘Ilo Ilo’ was the first Singaporean film ever to win a prize at Cannes Film Festival. It scored another first later that year by picking up Best Film at the Golden Horse Awards and made Anthony Chen one of the most interesting new-generation filmmakers in Asia.

Like “Ilo Ilo”, which explores the relationship between a young boy and the Filipino domestic helper employed by his parents, ‘Wet Season’ stars Yeo Yann Yann as Ling a Chinese language teacher who is facing problems in her marriage after trying hard to have a baby. An unexpected twist comes when Ling starts giving a special tutorial class that brings her close to Weilun (Koh Jia Ler), a student who has a crush on her. 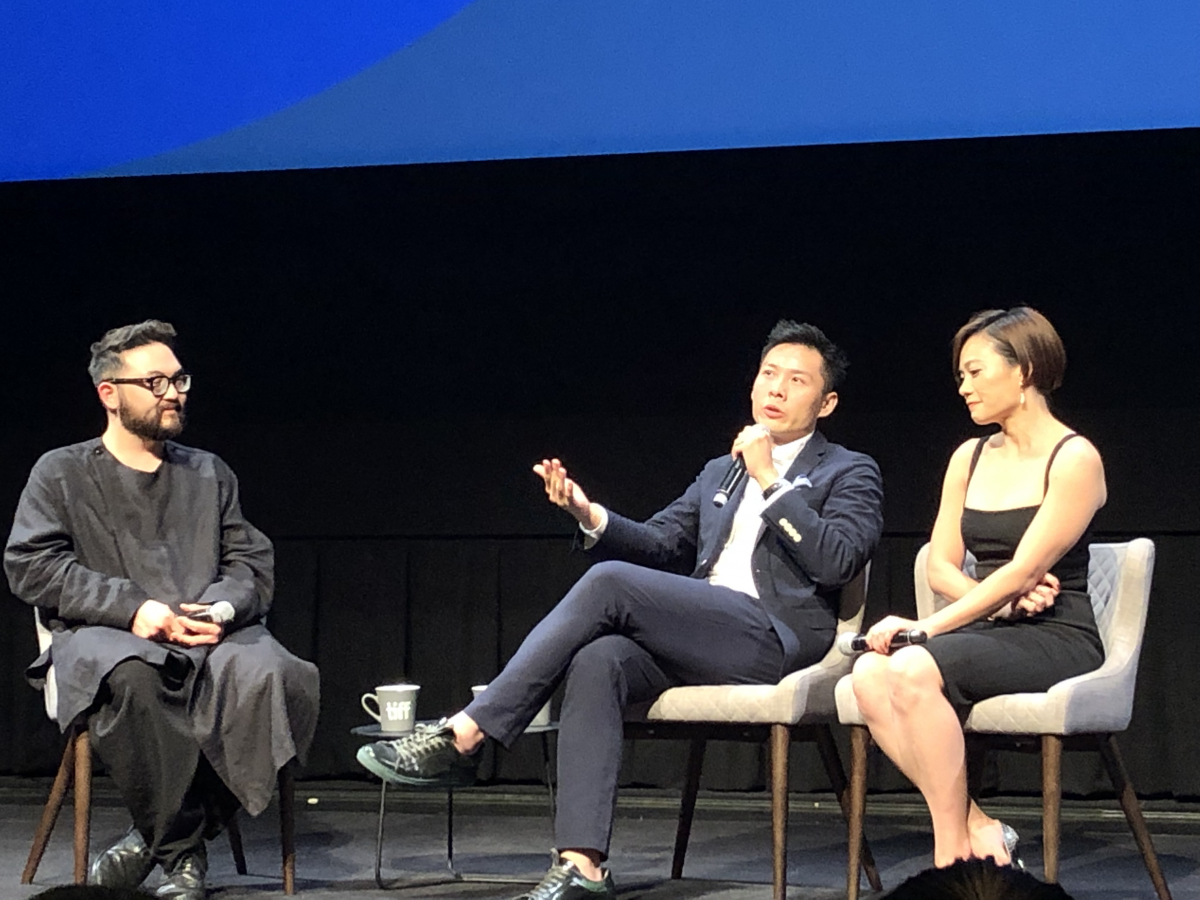 “It comes from my fascination with this woman,” Chen tells The Nation in Toronto. “I wanted to write a story about a 40-something woman who is in crisis. She is struggling with her marriage, family and work. The film is a portrait of a woman who is redefining herself and restarting her life. I wanted her to be a teacher and a woman who tries very hard to have a child. That’s the reason why the marriage is suffering. And there’s this student who comes into her life.”

Ling is still trying to get pregnant but is increasingly ignored by her husband when student Weilun comes into her life. “For a woman, when you reach a certain age, because of your maternal instinct, you may want to be a mother. I don’t think all women are like that, but I

remember my wife and I wanted to have a child, but we couldn’t. My wife is a modern woman, but she told me if she couldn’t have a kid, she didn’t feel like a woman. At some stage of your life, you will want to be a mother. You want to care for someone. So the main

character’s relationship with the boy is interesting. For her, he is like the son that she didn’t have.” 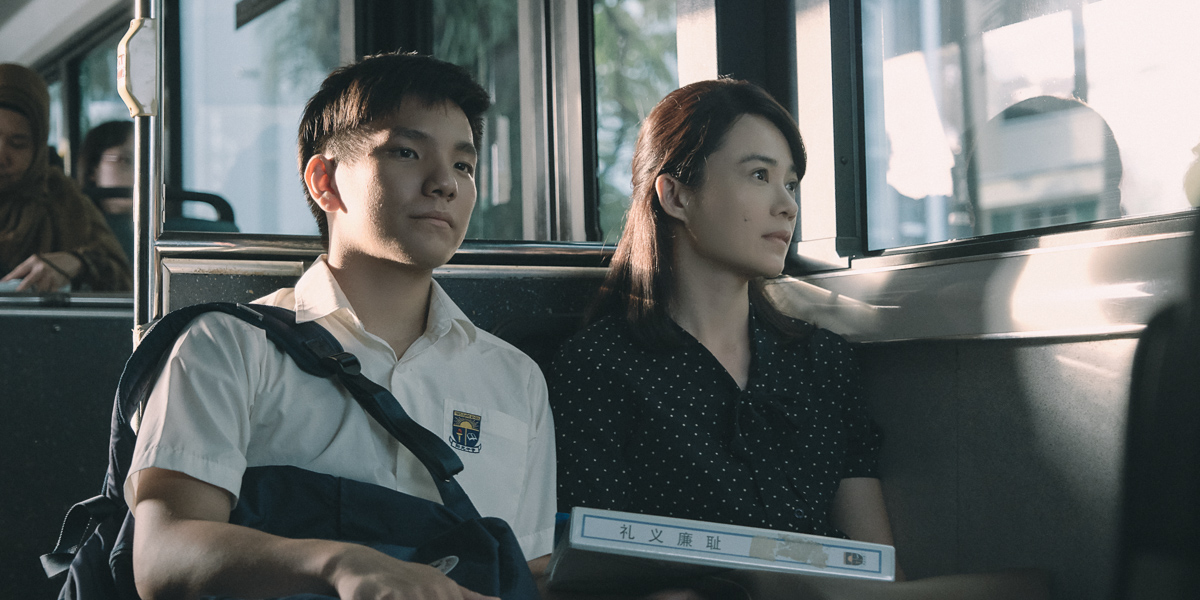 When Weilun starts private tutorials with Ling, he totally focused on his wushu training. As the relationship progresses, that obsession turns to his teacher. “It also comes from being lonely. His parents are doing business. The teacher cares for him, and gives him what he

doesn’t have. In the same way, for the teacher, her husband is never around and she has to take care of her father-in-law. She is lonely and not loved. Suddenly, there’s someone there who cares for her. That’s what I feel is so complex, interesting and fascinating about

The film uses symbols in telling the story like durian, which is used to represent the forbidden relationship. “Durian is something so Southeast Asian. We know the fruit so well that it is part of our culture. Durian is also what connects Singapore and Malaysia. Singaporeans don’t eat Thai durian. They only eat Malaysian durian. Durian also has a strong smell that I wish I could capture on screen. I used durian in a visual way as a forbidden fruit.”

“Wet Season” is the second time Chen has worked with Malaysian actress Yeo Yann Yann and actor Koh Jia Ler, who played mother and son in “Ilo Ilo”. “We tried to cast someone else for the role, and it didn’t work. For me it is important to cast the right person. I called several actresses from both Singapore and Malaysia to try out for the character of Ling, but none of them fit for the role. 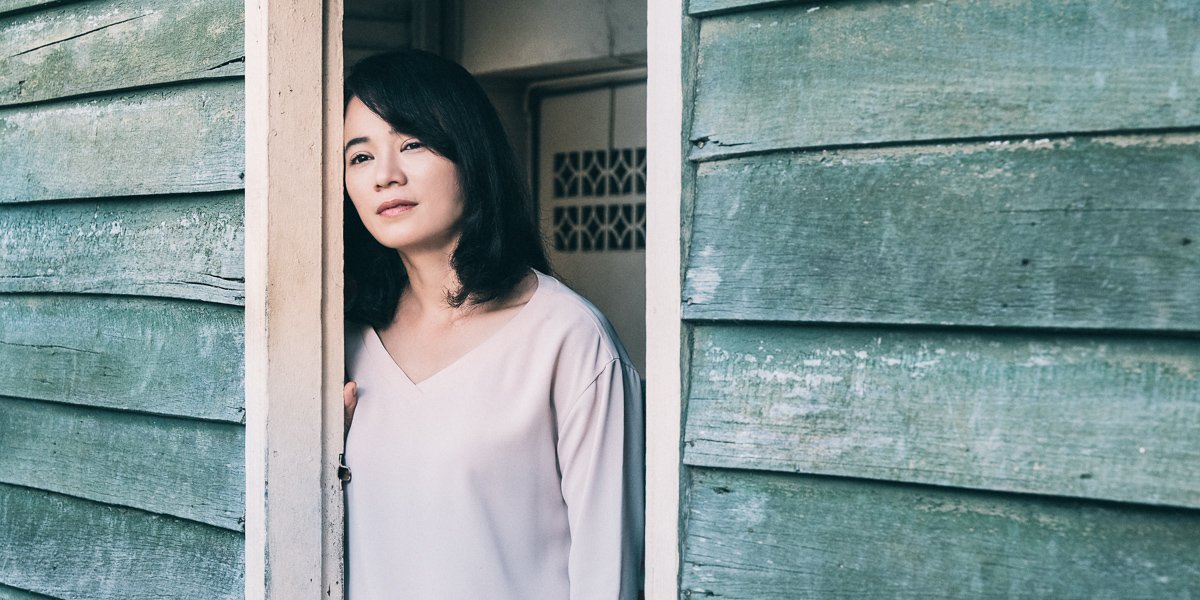 “When I knew for sure that I was going to work with Koh Jia Ler, who played the boy in ‘Ilo Ilo’, I didn’t want to use Yeo Yann Yann because she had played his mother in the film. But we couldn’t find the right person, so we asked her if she wanted to try. We worked very hard to transform her and make her different from ‘Ilo Ilo’ in terms of her appearance and how she moves,” says Chen.

“I didn’t want to use Jia Ler either. I want to use someone raw, like when we discovered Jia Ler for ‘Ilo Ilo’. But again, I couldn’t find the right person.”

“We watched the film for the first time in DCP at the premiere of the film here. It was a very nice screening and people can really feel the emotion in the film. The film is very different from ‘Ilo Ilo’. When I shot ‘Ilo Ilo’, I was 28. Now I am 35. I’ve grown up as a filmmaker,

and this film represents my growing up. I don’t want people to expect this film to be like ‘Ilo Ilo’. That film was shot completely on a hand-held camera but ‘Wet Season’ is much more precise, each shot has a purpose. We put a lot of thought into how we would do it in terms of colours and everything.”