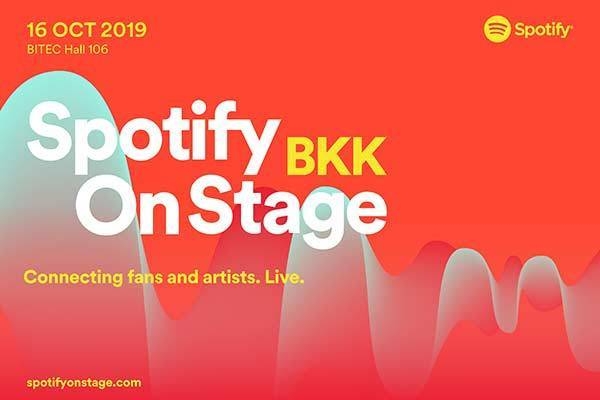 Twitter and Spotify have partnered to provide music fans “with a totally immersive and interactive experience” at this year’s SpotifyOnStageBKK2019, which will be held on October 16 at the Bangkok International Trade and Exhibition Centre in Bang Na.

Part of a series of concerts in Southeast Asia, SpotifyOnStage connects some of the world’s most popular artists with music fans in a live concert. Thai superstar rapper F.Hero, American pop-rock band One Republic, and K-pop boy group Stray Kids have confirmed they will take to the stage at the concert, SpotifyThailand said in a press statement.

As part of the collaboration, Twitter launched a dedicated brand emoji that is activated with the hashtag #SpotifyOnStageBKK2019. “Tweeting with the hashtag will ensure fans are part of Thailand’s hottest music conversation of the year,” SpotifyThailand said.