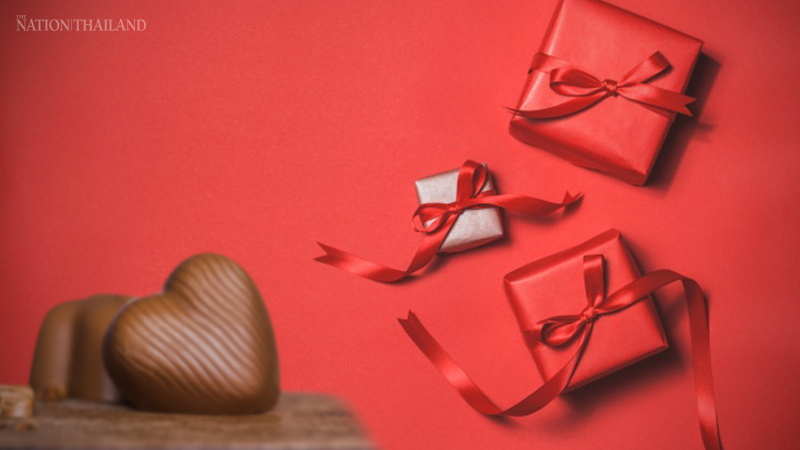 In terms of carbon footprint, which is best to give my partner for Valentine's Day: chocolate or roses?

Before I offer romantic advice to strangers on the internet, I should probably disclose that I once wrote an entire article arguing that birds are the best lovers. I am not exactly the world's greatest dating guru (much to my mother's chagrin).

But I do know a thing or two about climate change. And if you're concerned about greenhouse gas emissions and their role in heating the planet, you won't love what I'm about to say.

It takes quite a bit of carbon to get both chocolate and roses from farm fields into your sweetheart's hands. In West Africa, where two-thirds of the world's cocoa is produced, the chocolate industry is associated with rampant deforestation. Meanwhile, most roses sold in the United States are grown in Colombia, then transported to the U.S. by cargo jets and delivered to stores in refrigerated trucks - a process that requires burning huge amounts of fossil fuels.

Last year, my colleagues at The Washington Post traveled to Ivory Coast to talk with farmers who grow cocoa for major candy companies. Many were just barely eking out a living - the state-owned monopoly had recently slashed prices - and were forced to cut trees and clear brush to expand their plots. Ivory Coast has lost 80% of its forests over the past 50 years; much of that destruction is a consequence of desperate farmers and consumer demand.

The consequences for the planet can be severe. Healthy tropical forests are one of Earth's most powerful mechanisms for pulling carbon out of the air; the Amazon alone absorbs as much as 2 billion tons of carbon dioxide every year, about 5% of annual emissions from human activities.

But when those trees are felled and left to rot, they become carbon sources. According to the Woods Hole Research Center, deforestation accounts for 10% of annual carbon dioxide emissions.

Candy companies like Mars - the creator of Snickers, M&Ms and Twix - vowed in 2009 to make all their products with sustainable cocoa. But the 2020 target for that switch has come and gone; now the company is aiming for 2025.

Meanwhile, government efforts to stop human activities in protected forests are hobbled by corruption and, according to watchdog groups, have led to human rights violations. And certification firms, which work to ensure that cocoa is child labor- and deforestation-free, have found major lapses in their monitoring efforts. Last year, The Washington Post reported that leading chocolate certification company Utz discovered more than 4,900 cocoa farms located inside national protected forests in Ivory Coast.

On the opposite side of the Atlantic,in the Colombian greenhouses that produce the majority of America's roses, the problem isn't so much how the plants are grown as what happens once they're picked.

In the weeks leading up to Feb. 14, 30 cargo jets carrying a million flowers each make a daily trip from Colombia to Miami. The nonprofit International Council on Clean Transportation estimated that these flights alone emit about 360,000 metric tons of carbon dioxide, equaling the average annual emissions from more than 40,000 American homes.

The roses must be kept at near-freezing temperatures to prevent them from wilting, so the trucks that transport them across the country must be heavily refrigerated. According to a 2018 study in the journal Transportation Research, temperature control in a cooled freight truck accounts for 40% of its emissions.

The complexity of the supply chains for both products makes it hard to estimate their carbon footprints, let alone directly compare them. But it should be pretty clear by now that, speaking generally, neither is particularly green.

So, what's an eco-conscious lovebird to do? You can look for chocolate that has been certified by an auditing organization like Rainforest Alliance - though these certifications are sometimes flawed. You can buy native flowers that have been grown near your home, which don't need to be flown long distances or produced in energy-intensive hothouses.

Best of all, you could give the only gift that actually takes carbon out of the atmosphere, by planting a tree in their honor. According to one U.S. Forest Service study, an urban sugar maple sequesters more than 7,000 pounds of carbon dioxide by the time it turns 60. It's a message of love that actively fights climate change - and what's more romantic than that?