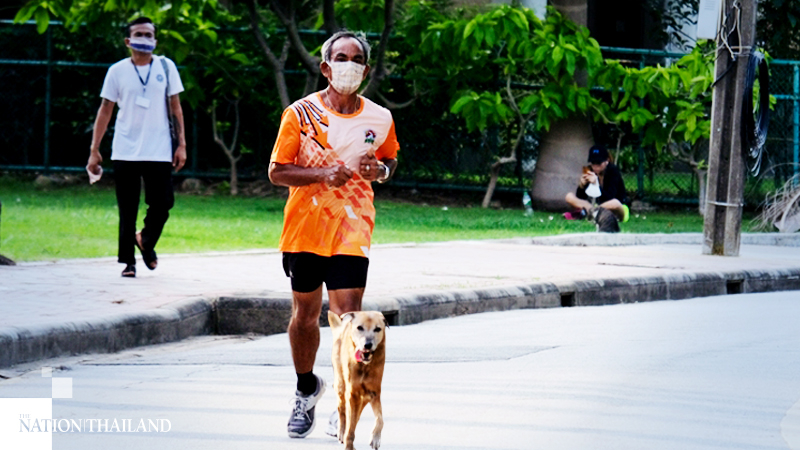 The Department of Health has said that people should not wear a mask while running or exercising as that will cut down on their access to oxygen, but warned that masks need to be worn if there are other people close by. The department has also ordered that all exercise sites should be sanitised.

Department chief Panpimol Wipulakorn said now that the government has loosened some measures, many people have returned to running and exercising in public parks and stadiums. However, she said, it will be injurious to health if people wear masks when exerting themselves.

She also said that runners should maintain distances and only wear a mask when coming in close contact with others. She also warned people to avoid unnecessarily touching surfaces in public places.