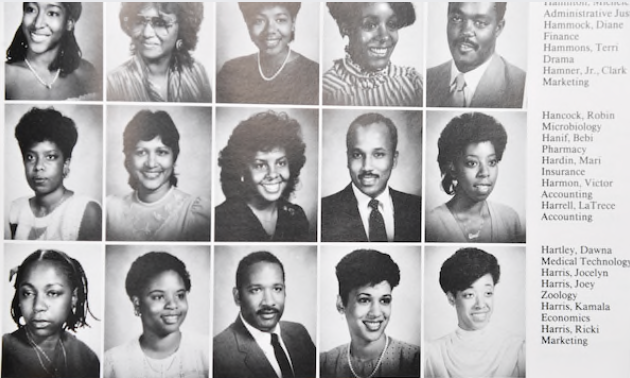 Kamala Harris, the California senator tapped by Joe Biden on Tuesday to join him on the Democratic presidential ticket, attended schools with majority-White populations from elementary school through high school. But when it came time to go to college, she was determined to have a different experience: She wanted to attend a Historically Black College or University (HBCU).

So in the early 1980s, she chose Howard University in Washington, at the time perceived as the most prestigious HBCU, once called the "Black Harvard."

"When you're at an HBCU," Harris was quoted as saying in a 2019 Washington Post article, "and especially one with the size and with the history of Howard University - and also in the context of also being in D.C., which was known forever as being 'Chocolate City' - it just becomes about you understanding that there is a whole world of people who are like you. It's not just about there are a few of us who may find each other."

Now she is the first graduate of an HCBU tapped for a presidential ticket.

It was not necessarily an obvious choice for her. Her father, from Jamaica, was an economist at Stanford University, while her mother, from India, did graduate work as a cancer researcher at the University of California at Berkeley and later taught at McGill University in Canada.

The schools Harris attended from kindergarten until college had majority-White student populations - including Thousand Oaks Elementary School, which she attended as part of an experiment with school busing

After her parents divorced, she moved with her mother to Quebec for middle and high school, where her mother, who wanted her to learn to speak French, enrolled her in a middle school for French speakers, Notre-Dame-des-Neiges, or Our Lady of the Snows. She wrote in her recent memoir, "The Truths We Hold: An American Journey," that she did not know much French when she got to the school: "I used to joke that I felt like a duck, because all day long at our new school I'd be saying, 'Quoi? Quoi? Quoi?' "

She attended suburban Westmount High School - where until now Leonard Cohen was the most famous graduate - and finished in 1981.

When it was time to go to college, she wanted a different experience. At Howard, she majored in political science and economics - and became a social justice activist as soon as she got there. She spent many weekends protesting against apartheid in South Africa on the National Mall in Washington, and she took part in a 1983 sit-in at an administration building to protest the expulsion of the student newspaper's editor.

Harris wrote in the memoir: "That was the beauty of Howard. Every signal told students that we could be anything - that we were young, gifted, and black, and we shouldn't let anything get in the way of our success."

After graduating from Howard in 1986, she moved back to California and attended the University of California's Hastings College of the Law in San Francisco, and became a lawyer in 1990.

Here's what The Post's Robin Givhan wrote in 2019 about Harris's choice of Howard:

"Kamala Harris wanted to go to a black school. That's what black folks called Howard University in the early 1980s when Harris was a teenager considering her future.

"Harris, she would say later, was seeking an experience wholly different from what she had long known. She'd attended majority-white schools her entire life - from elementary school in Berkeley, Calif., to high school in Montreal. Her parents' professional lives and their personal story were bound up in majority-white institutions. Her father, an economist from Jamaica, was teaching at Stanford University. Her mother, a cancer researcher from India, had done her graduate work at the University of California at Berkeley, where the couple had met and fallen in love. And Harris's younger sister would eventually enroll at Stanford.

"Harris wanted to be surrounded by black students, black culture and black traditions at the crown jewel of historically black colleges and universities."