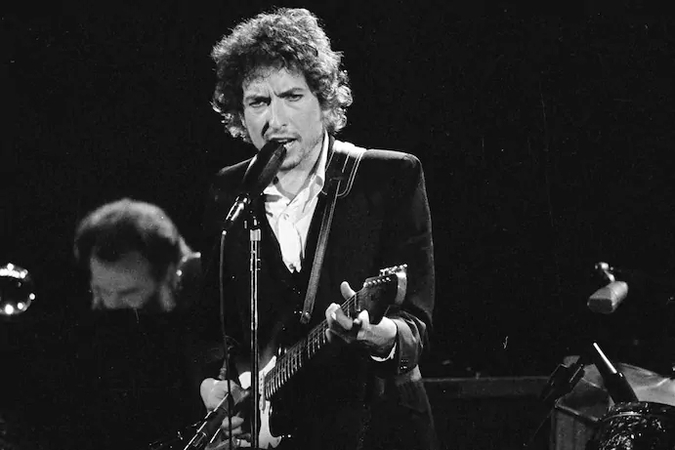 Universal now owns the rights to Dylan's 39 studio albums, from 1962′s self-titled debut to this year's "Rough and Rowdy Ways." Up until now, the rock icon and Nobel laureate had retained the rights to his own work.

The terms of the deal were not made public, but Variety reported that it was worth "at least nine figures."

"To represent the body of work of one of the greatest songwriters of all time - whose cultural importance can't be overstated - is both a privilege and a responsibility," UMPG's chief executive Jody Gerson said in a news release Monday. "We look forward to working with Bob and the team in ensuring his artistry continues to reach and inspire generations of fans, recording artists and songwriters around the world."

It's been a devastating year for the music industry. Goldman Sachs predicted that global music business revenues would fall 25% this year and live music revenues would plunge 75 percent as the pandemic has silenced live music and taken touring off the table.

Copyrights have become big business, especially as streaming continues to dominate music and new platforms create licensing opportunities. Many musicians have taken to selling the rights to their work: Last month, DJ Calvin Harris and rock band the Killers struck deals with private equity firms for their catalogs. In recent months, TikTok signed licensing deals with the National Music Publishing Association and Sony Music to ensure popular music would still be allowed on its platform.

Universal, one of the biggest players in the global music industry, has weathered the storm well thanks to its streaming business. Despite the pandemic and second-quarter hit, Universal generated more than $1 billion in streaming revenues in the first nine months of 2020, Vivendi, its French parent company, announced in its third-quarter earnings report. After Chinese conglomerate Tencent took a 10% stake in Universal last year, the company's value grew to more than $35 billion. Vivendi is planning to take Universal public in 2022.

The son of a Minnesota appliance-store owner, Dylan got his start as a folk singer and soon became one of the voices of political protest and cultural reshaping in the 1960s. His songs - driven by his distinctive nasal-twang vocals - are often seen as dense prose poems packed with flamboyant, surreal images. His oeuvre earned him the Nobel Prize for Literature in 2016, making him the only songwriter to ever win the award.

"It's no secret that the art of songwriting is the fundamental key to all great music, nor is it a secret that Bob is one of the very greatest practitioners of that art," Sir Lucian Grainge, chairman and chief executive of Universal Music Group, said in a news release. "Brilliant and moving, inspiring and beautiful, insightful and provocative, [Dylan's] songs are timeless - whether they were written more than half a century ago or yesterday."

Rolling Stone magazine once called Dylan "the most influential American musician rock-and-roll has ever produced." His songs have been recorded more than 6,000 times by artists spanning many continents and genres. He has sold more than 125 million records throughout his career, according to a news release - not that money has ever been Dylan's metric for success.

"What's money?" Dylan famously said. "A man is a success if he gets up in the morning and gets to bed at night and in between does what he wants to do."