On the eve of World War II, a self-taught English archaeologist, working at the behest of a Suffolk widow with a curiosity about what lay beneath several earthen mounds on her property, made what is considered to be one of the more significant discoveries in British archaeology.

That may be the summary description of the plot of "The Dig" - or at least the historical facts on which the film, and its source material, a 2007 novel by John Preston - is based. But it doesn't begin to describe what this poetic little film is really about, or what it manages to say about the human condition. Gradually, and with the methodical patience of someone unearthing buried treasure with a tiny brush, "The Dig" reveals itself to be a story of love and estrangement, of things lost and longed for, of life and death - of what lasts and what doesn't.

Directed by actor/filmmaker Simon Stone, from a richly allusive screenplay by Moira Buffini ("Tamara Drewe"), "The Dig" begins in a straightforward manner: Edith Pretty (Carey Mulligan) has just engaged the services of Basil Brown (Ralph Fiennes), a local man who hides his sharp archaeological instincts behind his job description: "excavator" - a designation he has chosen for himself that, like the film itself, engages in misdirection. 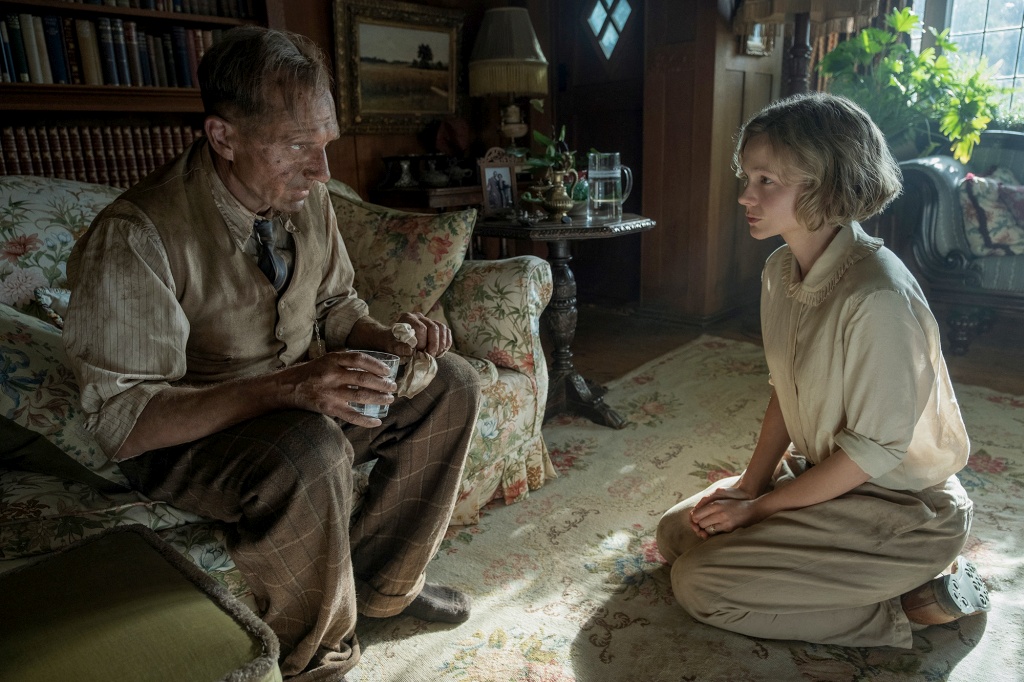 Ralph Fiennes and Carey Mulligan in "The Dig." MUST CREDIT: Larry Horricks/Netflix

Soon Basil's discovery - that Edith's estate is a burial ground of sorts - is laid bare, and the film proceeds with the standard fare of so many prestige British dramas. The coming war threatens the project, along with inclement weather and academic snobbery, personified by a pompous archaeologist from the British Museum (Ken Stott), who attempts to bigfoot Brown, commandeering his work site and dismissing his expertise, when word of the dig leaks out.

But slowly, slyly, the film deepens, becoming so much more than a period drama with pretty costumes, plummy accents and petty melodramas. In a sense, the tale of Brown's work - while momentous both historically and personally, as a tale of stolen credit - is, like what has been dug up in the dirt, merely a vessel for larger meaning.

Subplots involving Edith's health, her worries for her cousin (Johnny Flynn), who is about to go off to battle, and the unhealthy marriage of a couple hired to work on the dig (Lily James and Ben Chaplin) enrich the sidelines of the story. What might have been mere embellishments, meant to juice up a dusty narrative, are, in the hands of Buffini and Stone, by the end of the film, the whole point.

And what is that point?

On the most superficial level, it's that archaeology - even when the practice is explicitly being undertaken in a place where a corpse has been lain - isn't about the dead, but the living. "The Dig" is about the yearning, so human and, yes, so elusive and so futile, to fix the past so that it can be preserved.

Of course, it can't, in any literal sense. Even the bits of iron, bronze and gold that get saved in museums won't last forever, any more than the people who made them, or the emotions we feel, and sometimes fail to show, for a loved one.

Brown's dig dispelled myths about the "Dark Ages," but "The Dig" explodes another greater and more haunting illusion, with grace and at times exquisite sadness: that we are anything more than ghosts.