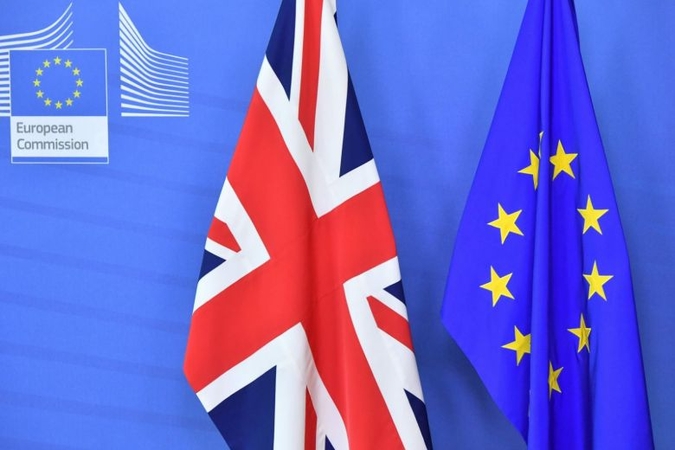 Photo by The Straits Times

LONDON - British Prime Minister Boris Johnson has announced plans to hold early general election after suffering a crushing defeat in Parliament on Tuesday (Sept 3) night on plans for the country's withdrawal from the European Union.

But as Johnson saw his majority in the House of Commons (Britain's lower parliamentary chamber) melt away on Tuesday after rebel MPs either defected or were thrown out of the ruling Conservative party, it remains unclear whether the British leader even has the power to stage the election at a time of his own choosing.

Johnson is largely responsible for provoking Tuesday's parliamentary showdown after it became clear that the British Prime Minister is not only prepared to pull Britain out of the EU without negotiating any interim deal on the terms of trade with the Union, but is also determined to ignore any challenge by closing the current parliamentary session for a period of five weeks, just enough to prevent any serious debate before Oct 31, when under current plans Britain automatically ceases to be a member of the EU.

Incensed by what they termed as a "constitutional coup", most opposition parties presented early in the week a draft law intended to force the government to seek an EU membership extension until the end of January next year, largely in order to facilitate new discussions with Europe.

Johnson, who dismissed the initiative as a "surrender Bill" to Europe, pulled all the stops to prevent it from going ahead. His government refused to allow the necessary time for the parliamentary debate. And the Prime Minister warned that any of his own backbench MPs who may be tempted to vote for the Bill will be expelled from the Conservative party and prevented from standing again in elections.

Tuesday's parliamentary debate was ill-tempered; "the mood was as sour as old milk", said Mr Michael Deacon, a noted local commentator. And even before the session begun, Prime Minister Johnson was dealt a blow as one of his own MPs demonstratively crossed the floor of the debating chamber, to join the opposition Liberals, a rare event in British politics.

But there was worse to come. Overall, a total of no less than 21 MPs from the ruling Conservatives rebelled against their own government by voting with the opposition; a resolution to take control of the parliamentary agenda in order to force through the legislation passed by a majority of 328 against 301 MPs.

In theory, Mr Johnson still has everything to fight for. For the House of Commons will only begin debating the legislation asking the EU for an extension later Wednesday (Sept 4), and even if this passes, it will need to be approved by the House of Lords, Britain's upper parliamentary chamber, where members could delay its adoption by simply tabling a limitless number of amendments; no less than 90 amendments have already been registered in the Lords.

Nonetheless, within seconds after Tuesday's parliamentary defeat was announced, the British prime minister stood up in parliament to announce that he will be seeking new general election. "I don't want an election" he shouted in the noisy, restless parliamentary chamber, "but that would be the only way to resolve this", he added.

One reason for this drastic decision is that the rebels who defied Mr Johnson were not just ordinary lawmakers. For they included two former finance ministers, a clutch of other former senior Cabinet members, as well as the grandson of Winston Churchill, Britain's legendary wartime leader.

Johnson realised that expelling such senior people from the party would split the Conservatives right down the middle, a split which can only get worse with time, since the rebels are likely to remain in Parliament until the next election.

By bringing the general election forward to probably Oct 15 - approximately three years earlier than required by law - Mr Johnson dispenses with the annoyance of having to face the rebels every day.

Besides,  Johnson's government has lost any prospect of having a majority in the current parliament. So, yet again, a fresh election make sense.

It is not clear, however, if Johnson can get his wish. Under current constitutional procedures, he needs the support of two-thirds of the MPs in order to hold early elections.

And  Jeremy Corbyn, the leader of Labour, the main opposition party, has warned that he will not support early ballots until Mr Johnson accepts the need to ask the EU for an extension of Britain's membership, precisely what the British government refuses to consider.

Nobody can predict how the debate will develop over the next few days. Still, it seems more than likely that this stormy political week will end with the dissolution of Parliament and a new election.