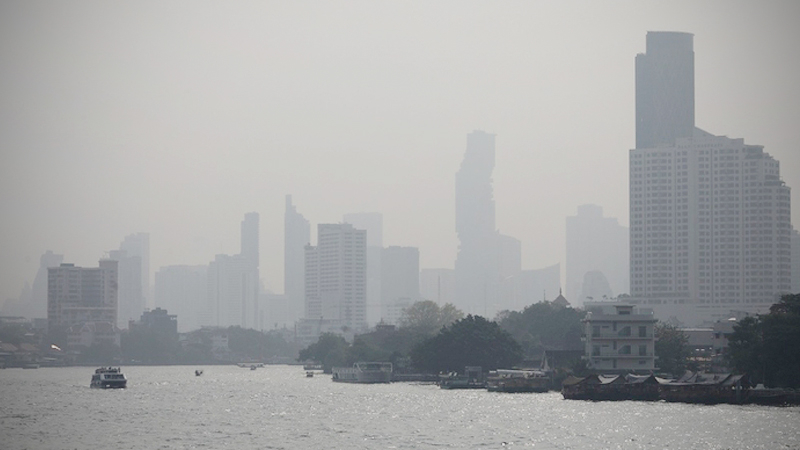 The decision was made at a BMA executive board meeting chaired by Governor Assawin Kwanmuang.

“Lately Bangkok has been covered by a high-pressure system in the mornings until noon. This, together with weak winds, has increased the accumulation of dust and haze,” she said. “As dust particulates come from various sources, BMA has employed several measures to tackle the problem since last year.”

Jindarat further explained that since October 2019, BMA has been working with Royal Thai Police to randomly inspect vehicles in Bangkok areas for black smoke emission. “We have already identified almost 30,000 vehicles that have high levels of emission and ordered the owners to fix the problem,” she said.

“The BMA had issued a no-burning order for crop fields or garbage in open space, and inspected the emission levels of industrial factories in Bangkok, Nonthaburi and Samut Prakarn provinces to make sure they comply with related regulations.

“Construction of buildings and roads can also cause air pollution, therefore the BMA has agreed to order contractors of high-rise buildings, as well as seven electric train routes in Bangkok areas to temporarily halt their construction for three days,” added Jindarat. “However, if the air quality improves before February 6, the BMA will consider letting the construction continue. During this period, the interior works of buildings and train stations can go on.”

This week BMA will also deploy water trucks to spray water in the air along roads that are reported to suffer high level of pollution, as water will help trap airborne dust as well as clean the roads, the spokeswoman added.