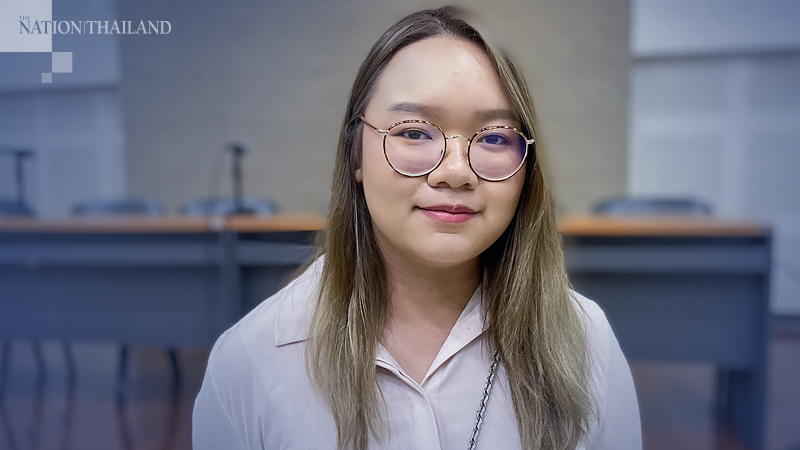 There is no leader or mastermind behind political protests launched by the Student Union of Thailand, SUT spokesperson Panusaya “Rung” Sithijirawattanakul insisted.

Panusaya, 21, read out an unprecedented 10-point manifesto for monarchy reform during a protest of about 1,000 students at Thammasat University’s Rangsit Campus just north of Bangkok on August 10.

In response, royalists have accused the students of being manipulated by politicians behind the scenes, a charge which they deny.

The manifesto calls for transparency of the monarchy and its accountability to Parliament, among other things. It also forms part of the students’ three key demands for reform of the establishment, namely an end to government intimidation of critics, a new Constitution, and dissolution of Parliament.

By breaking the longstanding taboo against discussion of the monarchy, the students are risking prosecution under the lese-majeste law, which carries a penalty of up to 15 years in jail.

“If we used a teacher [university lecturer] as an adviser, he would not have allowed me to read the 10 demands. We did it without consulting anyone else [outsiders]. We have planned and thought carefully before taking action,” Panusaya said, in an exclusive interview with Krungthep Turakij newspaper.

She recounted that just before giving her speech on August 10, she warned her lecturer at the back of the stage, “Please be prepared.”

“He did not know what we were going to say. When I finished the speech, he said ‘it [the manifesto] was aggressive, wasn’t it?’”

The Thammasat students plan an even a bigger protest on September 19 in Bangkok, to mark the military coup in 2006.

Small events will be organised in the run-up to the big rally to sustain the movement’s momentum, said Panusaya.

Unlike previous protests, the September 19 rally will run overnight, though student leaders have yet to decide how many days it will last for.

The 10-point manifesto remains their main focus for solving political structural issues, along with the three key demands of the Free Youth group.

The three demands are important because if they cannot be met, then nor will the 10 points in the manifesto, she said,

Panusaya is well aware of the risks involved, since several pro-democracy activists have already been charged with serious offences including sedition, which carries up to 7 years jail. And she acknowledges the risks are even higher from raising the taboo topic of the monarchy.

“It put my life on the line. [But] I talk straight, I cannot keep silent. It is a problem that must solved. If we do not tackle the structural issues, to accommodate everyone, then the chronic issues will persist. The country must achieve real democracy,” she explained.

Many people have suffered a lot, especially during the Covid-19 crisis. The current unjust political system denies them their rights, Panusaya lamented. She wanted to see Thailand become a welfare state, like the Scandinavian countries, in the future.

She said it was necessary to engage in a parallel fight, both outside and inside Parliament,  to achieve the goal.

She hailed social media as an important tool for raising political awareness among students and the young generation. “It wakes up many people. There are a lot of people who think like us.”

“It is human nature that if we know that many people share our views, then we have the courage to speak out … our fear is lessened,” she said.

Free People is an alliance of many groups, though Panusaya admitted she did not know how many.

“But we will see on September 19,” she said, hinting that people might be surprised by the size of the rally.

Panusaya herself is getting used to surprises. The student-led movement gathered momentum in July and quickly mushroomed beyond her expectation into nationwide protests. An even bigger surprise was the large number of school students protesting in solidarity, she said.

She said her mother had voiced opposition to her political activism over safety concerns, but that had not stopped her. Panusaya has two older sisters who support her cause.

“I feel that it is the right thing to do. … I do not want to wait for others to act, since I can act now, I must act now,” she said.

She added that she planned to enter politics in the future with an ambition to become an MP.