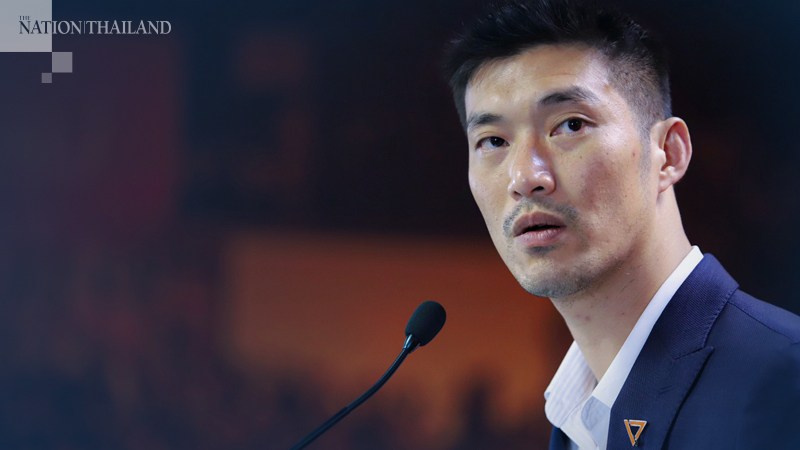 The Progressive Movement leader Thanathorn Juangroongruangkit slammed the government for its tardiness in providing Covid-19 vaccines and pointed out that the company tasked with manufacturing the vaccine locally is owned by the King.

In a Facebook Live session on Monday, Thanathorn said the government has been careless in negotiations for the vaccine, adding that Thailand only completed discussions with AstraZeneca in October last year. In comparison, he said, several countries had started discussing purchase options with vaccine producers in the first quarter of 2020.

Moreover, he said, the 26 million doses purchased from AstraZeneca is not enough, and even with the 2 million doses the government is buying from China’s Sinovac, only 21.5 per cent of the population will be covered.

He added that the Cabinet had on January 5 okayed the purchase of another 35 million doses from AstraZeneca, but the contract for this plan has not been signed yet. So, the leader of the now-defunct Future Forward Party asked if these 35 million doses were part of the earlier deals with AstraZeneca and Sinovac.

As for the vaccine manufacturing deal with royally owned Siam Bioscience, Thanathorn said the company is tasked with producing 200 million doses per year. Of this, 176 million will be sold to other countries in the region, while the remainder will be sold locally.

Siam Bioscience was established in 2009 with an authorised capital of Bt48 billion, but over the past 11 years, the corporation has made losses worth Bt581 billion, Thanathorn said.

The government, meanwhile, has announced it will give Siam Bioscience Bt1.44 billion for the project.

The Progressive Movement’s leader also said the government claims to have approved a vaccine plan from the first quarter of last year, but pointed out that Siam Bioscience was only added to the plan in the second quarter of 2020 – when anti-establishment protesters began holding their rallies.

Hence, he asked whether the AstraZeneca-Siam Bioscience deal is politically motivated.

He also suggested that the government should consider other choices, adding that it is imperative for the authorities to start providing vaccines as soon as possible.

He also said he was curious to find out if the prime minister will compensate people in case the procurement of vaccines – considering the government has chosen very few options – encounters problems.

In response to Thanathorn’s statement, Public Health Minister Anutin Charnvirakul said the Covid-19 vaccine is an important matter and should not be linked to politics.