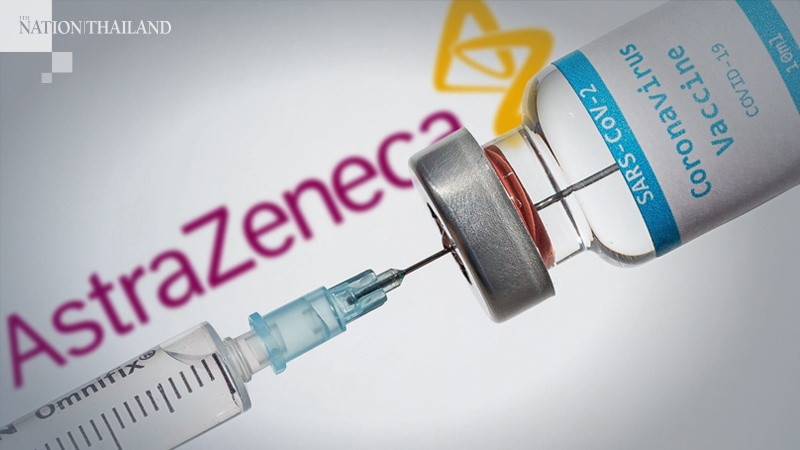 The Public Health Ministry on Tuesday clarified about the cooperation between AstraZeneca and Siam Bioscience, confirming that the company had been chosen for its potential to transfer technology.

Permanent secretary for Public Health Kiattiphum Wongrajit said all health chiefs had come out to explain the situation amid accusations that the government had delayed the procurement of Covid-19 vaccine, as it was expensive, and had failed to cover the public. The ministry was also accused of contacting only vaccine-maker AstraZeneca, which has a deal with Siam BioScience.

Also read: Thanathorn queries govt’s Covid-19 vaccine deal, links with royally owned Siam Bioscience
Supakit Sirilak, chief of the Department of Medical Sciences, said that the government sees the Covid-19 vaccine as only one of the tools to control the virus outbreak. A committee has been set up to procure the right vaccine for Thai people and a sub-working group is studying and following up on all information, which is still quite limited. However, the health official said the aim was to vaccinate 50 per cent of the population by 2021.

“We are currently negotiating with many vaccine companies, but due to the need for confidentiality we have not made the details public. The procurement process may be a bit slow as we have to study the vaccine first. I would like to confirm that it is not too slow,” said Supakit.

They were looking into information about the vaccine, not just the name of the company manufacturing it,  said Nakhon Premsri, director of the National Vaccine Institute (NVI). He said due to the emergency and the unstable situation, more information was needed for analysts to decide on the type of vaccine to use for Thai people. A decision is made  based not on the name of the company but the vaccine itself, he said.

“Our deal with AstraZeneca company isn’t just a regular vaccine deal, but also involves technology transfer during the crisis period. The company that receives knowledge of the technology needs to be qualified and ready for it. Only Siam Bioscience is capable of receiving the tech from Oxford University. Even Thai Pharmaceutical Organization does not have  enough potential because of the  use of modern technology,” said Nakhon.

He added that many countries were trying to get a deal like this. The Public Health Ministry, the NVI and SCG, as well as the government had  collaborated in the negotiations and showed the potential of Siam Bioscience, which originally produced only biological material or drugs to increase blood cells in patients with renal failure. The vaccine production plant will get Bt500-million support from the government and Bt100 million from SCG to buy the required equipment.

“This success is built on a potential base. There is a misunderstanding about our support. I insist that it is our work in accordance with the philosophy of King Rama IX, under which Thailand has laid the health foundation and built medical expertise over 10 years. We will help Thai people access 26 million doses of vaccine and are negotiating for another 35 million doses to get enough vaccine,” said Nakhon.

Siam Bioscience was established in 2009 by Crown Property Bureau as part of King Rama IX's vision and commitment to improve patients' access to high quality and affordable medicines, to facilitate healthcare security and care for the health of Thai people.
Meanwhile, the Food and Drug Administration (FDA) has said that no vaccine has been registered by the FDA yet.

FDA deputy secretary-general Surachok Tangwiwat confirmed that the AstraZeneca vaccine has not been registered yet, contrary to the claims of some people. AstraZeneca is in the process of requesting additional documents. That does not mean there will be a vaccine or there will be no vaccine in Thailand. It cannot be said whether the company will export it to Thailand.

If any private sector entity or importer wants to bring the vaccine for use here, they must ask the FDA for permission to be a distributor by specifying that the vaccine will be brought from any company along with necessary documents related to the vaccine.