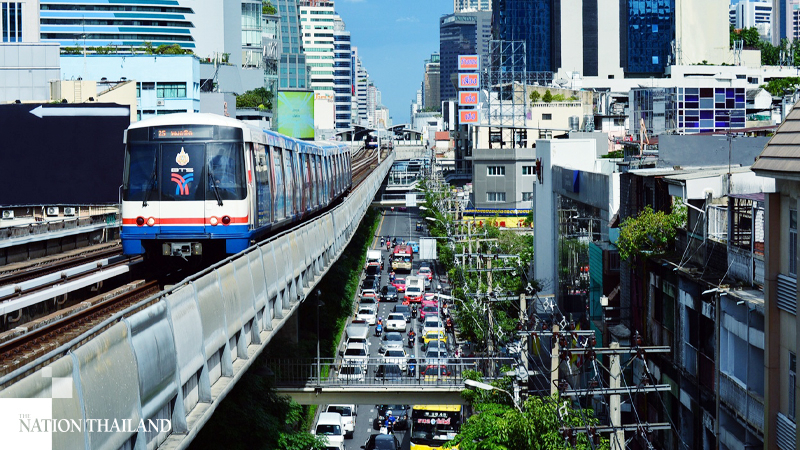 The Bangkok Metropolitan Administration (BMA) on Monday postponed the raising of fare for the Green Line BTS Skytrain to a maximum of Bt104 for the entire route.

The BMA announced on January 15 that fares on some of the Green Line routes would be raised by Bt3 per station to the maximum of Bt104, to be effective on February 16.

The Green Line extension sections from Bearing to Samut Prakarn stations and from Mo Chit to Ku Kot stations had been partly opened for public use since April 3, 2018, and the whole route was opened on December 16. The BMA had not collected additional fares on the sections on top of the original fare rate of Bt65, which had led to its decision to hike the fare in order to pay the retroactive operating fee to Bangkok Mass Transit System Plc [BTSC] of Bt9.6 billion.

Monday's announcement, signed by Bangkok Governor Aswin Kwanmuang, said that the government had ordered BMA to postpone the fare hike because of the impact it would have on people during the Covid-19 crisis.

“The BMA, therefore, has decided to postpone the hiking of fares for the Green Line Skytrain indefinitely,” it said.