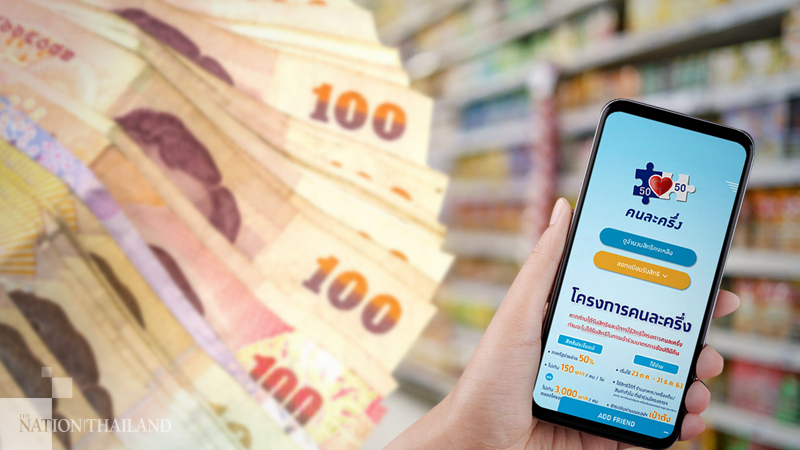 The “Khon La Khrueng” (Let's Go Halves) subsidised shopping scheme is gaining popularity among people, so much so that the government has decided to launch the second phase to meet the demands of more people. From 10 million, the scheme is being expanded to cover 15 million people.

However, there are some negative views about the scheme, such as loopholes which facilitate corruption.

Even though it cannot be denied that various schemes tend to be misused, but thanks to technology, the government has been able to check damage and arrest participants who violate the scheme's regulations as soon as possible.

Prime Minister Prayut Chan-o-cha had instructed the Finance Ministry to work on his policy to relieve the people's sufferings from the Covid-19 impact, especially of low-income people.

As a result, the Finance Ministry launched three measures to help the people:

Apart from reducing the cost of living, the scheme helps stimulate spending to boost the economy and enables people to spend via the electronic payment system as well.