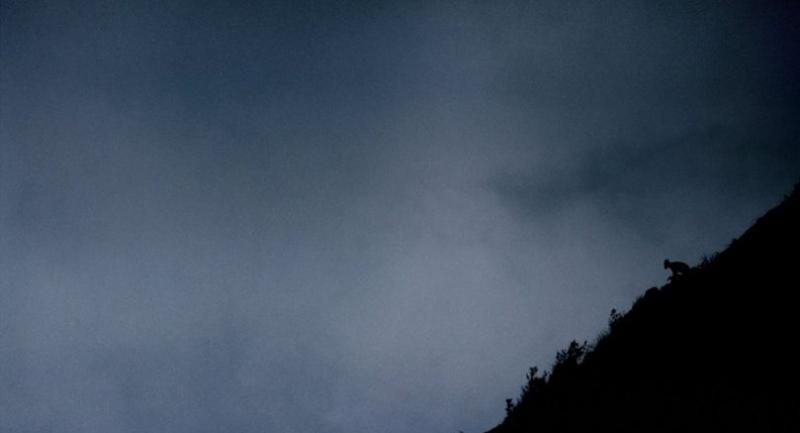 SPECIAL REPORT: Zooming in to save the goral from extinction

As the winter morning mist shrouds the valleys below, only those who are lucky enough, or patient enough, would be rewarded with a stunning scene of a unique wild animal slowly emerging out of the mist and stand still on a narrow part of the rock before disappearing.

Its mystery has inspired the indigenous Lahu hilltribe people to call it Archi, or God’s vehicle, as it cannot be anything but a creature of God that can roam over those rocky cliffs, said ML Prinyakorn Voravan, a veteran wildlife photographer.
Prinyakorn has just published a pictorial book about the goral, titled  the Living Soul of the Mountain, Archi, the same as the Lahu name.
For years, Prinyakorn and other wildlife photographers have travelled up the mountains in the North, roaming over the rocky cliffs and keeping very still for hours, just like the goral, to take photos of the mysterious animal. They later tell the tragic story of one of the country’s 15 preserved species.
As revealed by their photography, the animal has been under severe threat from growing tourism and, more critically, from fragmentation of their habitat following human settlements and development.
“Beyond anything is the fact that it has no place to go anymore. It’s stuck in what we call an island, as its habitats have become fragmented. It is sharing a fate similar to other wild animals in this world that have gone extinct,” said Prinyakorn.

The goral’s existence became known after a stunning picture of it standing in isolation on a rock was taken by Prinyakorn and published in famed magazines around 30 years ago.
Prinyakorn was inspired by his long-time colleague and friend, Seub Nakhasathien, a chief of the Huai Kha Khaeng wildlife sanctuary who committed suicide in 1990 due to pressure from his conservation work. Seub had gone to Doi Mon Chong in the Omkoi Wildlife Sanctuary to conduct a study on the goral.
Prinyakorn went there and the Inthanon National Park nearby, spending years taking photos of the animal to as much reveal its mysterious beauty as to tell its tragic story.
“It’s because of him, Brother Seub, who inspired me to go there and see what lived there, and why people like him dedicated themselves to it,” said Prinyakorn, as he shared the story on the 29th anniversary of Seub’s death this year. He recalled finding some traces of the tragic incident on the rock on Doi Mon Chong, where Seub’s research team fell off a cliff after trying to track the animal but encountered a wildfire that engulfed him and took his life.
After Seub’s study and Prinyakorn’s work, people in society learned more about the goral and its isolation.

A young generation of wildlife photographers then followed their work. After photos focusing only on the beauty of the animal, the photographers, including Baramee Temboonkiat who worked on the other sanctuary of Chiang Dao, have taken the work further, with photos of the animal and its environment, and stark revelations of its shrinking habitat in the face of growing threats, including poaching.
Their work has significantly contributed to the research in the area about the animal.

According to Doi Chiang Dao Wildlife Research Station chief Mongkol Safoowong, researchers from the station have conducted a survey on the animal’s population in the mid-2000s to recent years. They have learned that there were 288 gorals roaming the mountains in 10 protected areas in the North.
This animal, he said, is very range-specific, preferring to roam on rocky cliffs and feed on grassland on the high mountains, prompting them to be isolated by their regular behavior.
The isolation and pressure from the shrinking space has led to another critical problem that the researchers have been trying to tackle: inbreeding.
To try to help the animal, the station, under the directive of the Department of National Parks, Wildlife, and Plant Conservation, has been working with some breeding stations to raise the animal’s population in the wild and diversify its genetics.
Adisorn Kongphermpool, Omkoi Wildlife Breeding Station’s chief, said his station has been attempting to raise the animal’s population via captive breeding from those earlier caught in the wild.
Over the past 25 years, it has worked and the station has been able to breed around 246 goral, but only 56 animals have been successfully reintroduced to the wild as releasing the animals into the wild requires tremendous preparation so that the released animals can adjust themselves to their natural settings. It sometimes takes as long as two years before the animals can be released, he said.
Just a few years ago, new technology on artificial reproduction was introduced to advance the work.
Mongkol said in the future there would be more in-depth studies on the animal so that they could help guide area management to control and curb various threats in the animal’s habitats.
Poaching, as reported and experienced by the photographers, is still rampant.
“Our job is to tell this kind of the story to the people. Hopefully, they will act or pass on the inspiration to others, like Brother Seub did,” said Prinyakorn.