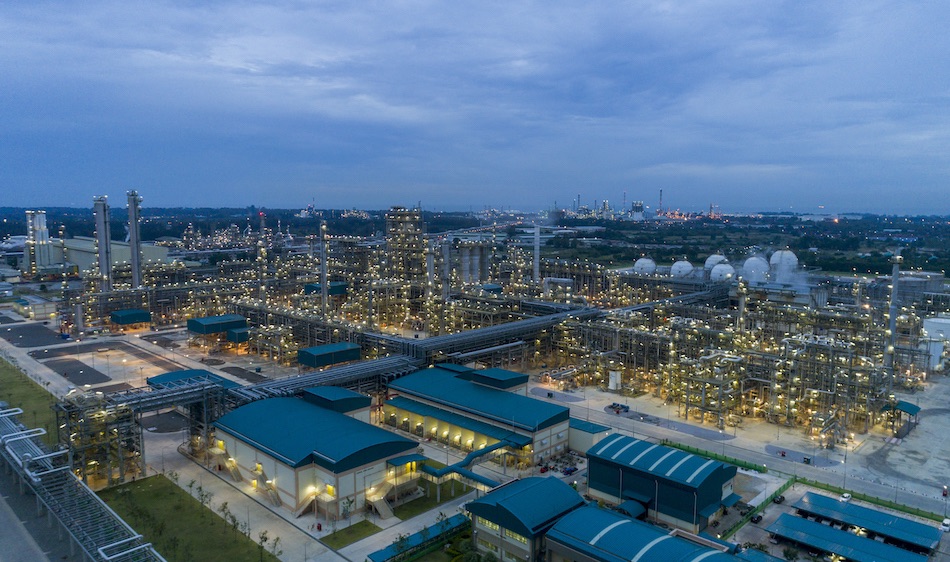 Dow, the global leader of materials science, has introduced UCARSOL™ to the Thailand market; the company’s innovative solution against global warming. UCARSOL™ is already popular abroad.

Dow, the global leader of materials science, has introduced UCARSOL™ to the Thailand market; the company’s innovative solution against global warming. UCARSOL™ is already popular abroad. The greenhouse gas capture solution for the industrial sector reduces energy consumption in the capture process more so than other methods; reducing the mass of greenhouse gases released into the atmosphere and permitting the captured gas to be further utilized.

Dow invented UCARSOL™ to capture carbon dioxide and hydrogen sulfide gas emissions from big industrial companies, which generate large amounts of these greenhouse gases—especially in the oil refinery industry and in gas separation plants, power plants, and fertilizer plants. By effectively capturing these gases with more efficient energy use, UCARSOL™ helps fight global warming and can be used to claim carbon credits.

Mr. Vichan Tangkengsirisin, Commercial Director, Asia Pacific of Dow, said, "Dow developed the UCARSOL™ innovation to address and resolve environmental issues that capture up to 90% of greenhouse gases, while conserving energy in the process. Both the UCARSOL™ and the captured gases can be recirculated. Nowadays, environmental protection is imperative in business. As a result, this group of products has a growth rate of at least 10% per year, which is expected to continue to increase. Many Asian countries with strict environmental laws, such as South Korea and Japan, have been implementing this solution for many years. It has started to be applied in Thailand, but not yet widely.”

In 2020 case study, using UCARSOL™, refinery customers in South Korea could reduce the sulfur dioxide emitted into the air by more than 75% and reduce the heat energy used in the gas capture process by 34%; equal to one-third reduction in energy costs without shutdown plant operation to change the solvent, which are both time consuming and costly. The oil refinery can reduce carbon dioxide content by up to 2,500 tons per year (equivalent to 250,000 trees) and sulfur dioxide by 410 tons per year.

In 2019 case study from Japan, the Japanese government, in collaboration with Osaki CoolGen Corporation, built a power plant as a pilot project to reduce air pollution. They chose SELEXOL™ Max, a highly efficient UCARSOL™ technology, to capture 90% of carbon dioxide. The 99% pure, retained carbon dioxide could then be used to benefit other industries; reducing carbon dioxide released into the atmosphere by 150,000 tons per year, and equivalent to planting 1.5 million trees.

In 2017, Dow Thailand Group has partnered with IRPC's oil refineries to increase the efficiency of carbon dioxide capture, reduce the amount of steam consumption, and energy consumption. Steam energy can be conserved worth 41 million baht per year; energy consumption can be reduced by approximately 30%; and greenhouse gas emissions can be reduced by 20%--or 4,382 tons of carbon per year, which is equivalent to planting more than 430,000 trees.

Now that the world is concerned about the environment--in addition to the need to follow new laws--industrial customers are paying more attention to these issues and requesting solutions. Solutions that conserve energy and reduce greenhouse gas emissions are important investments—not just for sustainability, but also for long term competitiveness.

Dow currently has more than 30 formulated products in this lineup, with the Dow team evaluating and proposing the most appropriate formulations for each plant specifically for cost effectiveness and the best environmental performance. UCARSOL™ has been successful all over the world, including in many Asian countries. We are ready to deliver cutting-edge technology to oil refineries and major industrial companies in Thailand.