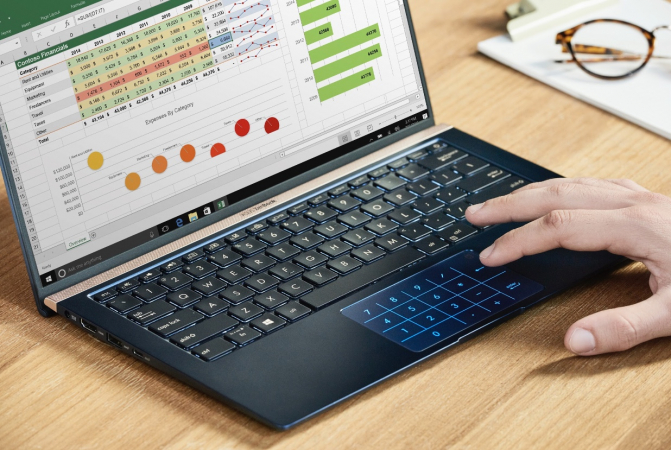 The market for personal computers (PC) and notebook computer is predicted to grow around 4.7 per cent in the second half of this year, as students, gaming and e-sports continue to drive growth, according to Nitipat Praweenwongwuthi, marketing director at Acer Computer, who adds that the updated version of Windows 10.

The computer segment designed for entry gaming with a starting price of Bt20,000 also has high potential growth, he says, explaining that computers designed for gamers can also be used to create 2D and 3D digital content.

Acer recently conducted a survey into the needs of computer users and found that about 50 per cent of customers who purchase gaming computer will utilize their computer for playing games and work while about 15 per cent of users say they will use their computer to develop and create video. He added that to support the student market, the firm also provides thin and light notebook such as Swift 1, Swift 3 and Spin 1, all of which can handle computer graphics.

Apple is one of computer players in the market driving student market growth. Early this month, the firm launched a global notebook computer campaign at prices some Bt4,000 lower than those on the market targeting university students.

Apple has updated its MacBook Air, adding True Tone to its Retina display for a more natural viewing experience, and lowering the price to Bt35,900 for members of the public and Bt31,900 for students.

In addition, the entry-level Bt42,900 13-inch MacBook Pro has been updated with the latest 8th-generation quad-core processors, making it twice as powerful than before. It also now features Touch Bar and Touch ID, a True Tone Retina display and the Apple T2 Security Chip, and is available to college students for Bt38,900.

The 13-inch MacBook Pro packs powerful processors, super-fast SSDs, all-day battery life and the best Mac notebook display ever into a portable and lightweight design. Now the entry-level 13-inch MacBook Pro adds the latest quad-core processors for up to two times faster performance, Touch Bar and Touch ID, True Tone to the Retina display, the Apple T2 Security Chip and immersive stereo speakers with wide stereo sound, all at the same great starting price of B42,900, or Bt38,900 for college students. With all these powerful features, MacBook Pro is the perfect choice for students heading into college and looking for the notebook that will help power them through graduation and beyond.

And the market in the second half of the year will get a further boost in autumn, when MacBook Air and MacBook Pro entertainment apps, Apple Music, Apple Podcasts and the Apple TV app as well as the all-new Sidecar feature, will enables users to extend their Mac desktop by using their iPad as a second display or as a high-precision input device. New security features keep users better protected and Voice Control lets users control their Mac entirely with their voice.

Both models are now available through apple.com/th, the Apple Store app and in selected Apple Stores and Apple Authorised Resellers.

And it’s not only Apple that’s aiming to do better. Alvin Chen, country manager at Asus (Thailand) said that the second half this year will be better than the first, which saw a decline of 5 per cent.  The second half, however, is expected to catch up with sales divided between 70 per cent for notebooks and 30 per cent for gaming notebooks.  Meanwhile, the processor market share as of May 2019 was shared by Intel at 59.3 per cent and AMD at 40.7 per cent.

Customers in Thai market today want middle and high end products and while in the past, gamers were after high performance, now it’s all about thin and light design and 15-inch screens.

“We kicked off our campaign by offering ASUS Pro Duo and other products specifically designed for the target group,” Chen said.

Since Microsoft Windows is used by more than 95 per cent of operating system (OS) for PC in Thailand, ASUS believe that the growing trend for content creator will favour the company over Apple’s Macbook,” said Alvin, adding that ASUS opening its first is going to have the first ASUS Store this month at Central World and in Rayong in early August. Its laptops come with pre-loaded Perfect Warranty in the first year, which covers 80 per cent of spare parts cost for customer in case of accidental damage.

“ASUS aims to work more with the new generations and academic institutions as we see the importance of education and would like to be the part of Thailand’s future success. In the coming month, we have sponsored the TUBC (business plan competitions) for Thammasat University. We offer the most complete product line in the market including server, router, monitor, and notebooks,” Chen added.