Kiradech Aphibarnrat remained the only Thai who safely made the cut at The 148th Open on Friday.

The 2013 Asian Tour Order of Merit champion felt let down by several misjudged shots he made especially on the par-fives and signed for a 73. He took a share of 32nd place with South Korea’s Sanghyun Park, India’s Shubhankar Sharma and Japan’s Asaji Yosuke in the weekend rounds of the year’s fourth and final Major.

“I hit the ball well today but I made some poor decisions on the golf course today. I’ve been hitting my ball onto the middle of the fairways on the par-fives. They were all reachable but I still ended up with a two-over score which is disappointing,” said Kiradech who was not able to replicate his opening round efforts where he carded a 68.

“I will still try to go out there and play my best golf. There are still 36 more holes for me to grind it out and try to move back inside the top-50 in the world,” added the Thai No 1.

Three other Thais did not make it to the weekend stage. Thai No 2 Jazz Janewattananond, with a 7, hit five over-par-147, a stroke better than The Open debutant Gunn Charoenchaikul (76). Prom Meesawat, with a disappointing 81 on Friday, ended on 12 over-par-154. 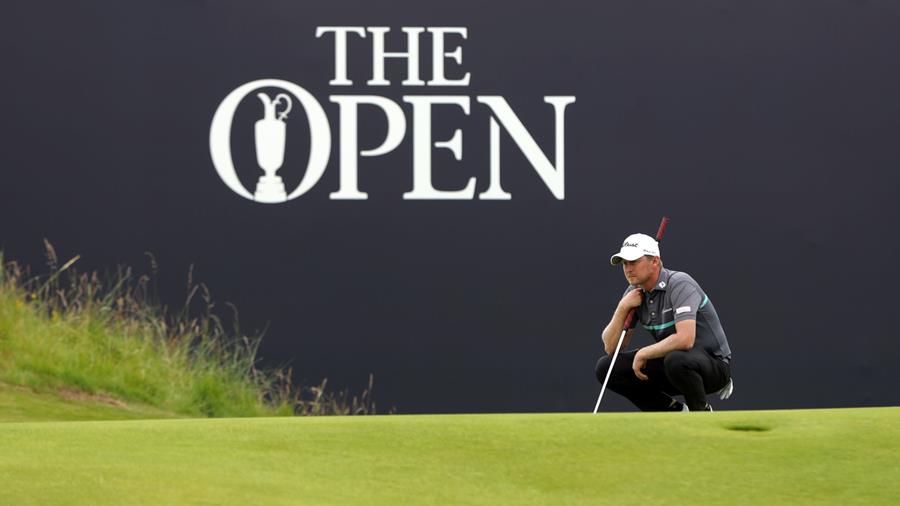 Meawnhile South Africa’s Justin Harding staged a remarkable comeback by firing a second round six-under-par 65 to head into the weekend in tied-fifth place at .

After enduring a topsy-turvy opening round where he signed for a 71, the two-time Asian Tour winner hauled himself back into contention by charging ahead with a birdie-four on the second hole.

He dropped a shot on the fourth hole but soared back with an eagle-three on the par-five seven. After turning in 34, Harding then made three birdies in four holes before another bogey on 14 stopped him in his tracks momentarily.

The South African responded well with a pair of birdies on 15 and 16 before making pars on 17 and 18 to cap a memorable day at Royal Portrush where he is just two shots back of second round leader, JB Holmes of the United States.

“It was a roller-coaster yesterday and I prefer not to have them. You really got to execute your plans well here. If not you’ll get into a lot of trouble. It starts immediately off the tee and you cannot be in the rough and certainly not in the bunkers.

“I made some bad swings yesterday which was evident on my score card as I made a bunch of bogeys. But today I kept them off the card which was good. I managed to stay up straight in the bunker and was able to get in and out there without any problems today,” said the world number 50, who is also the highest ranked Asian Tour member on the Official World Golf Ranking (OWGR).

Playing at The Open for the first time since his debut in 2013 where he missed the cut, Harding returns as a different player having won five events around the world since the start of the 2018 season, including his wins in Indonesia and Thailand on the Asian Tour and the 2019 Qatar Masters on the European Tour

“This morning was one of those days where I knew I had to go out and shoot a good number. Fortunately, the conditions were kind to us as the winds didn’t really get up that much.

“It was one of those days where you got to try to put yourself in a good position come the weekend and I’ve done that,” said Harding.

Sharma, the reigning Asian Tour Order of Merit champion signed for a 72 for a tied-48th place while Yosuke’s 143 total was just enough for him to make it through right on the bubble.