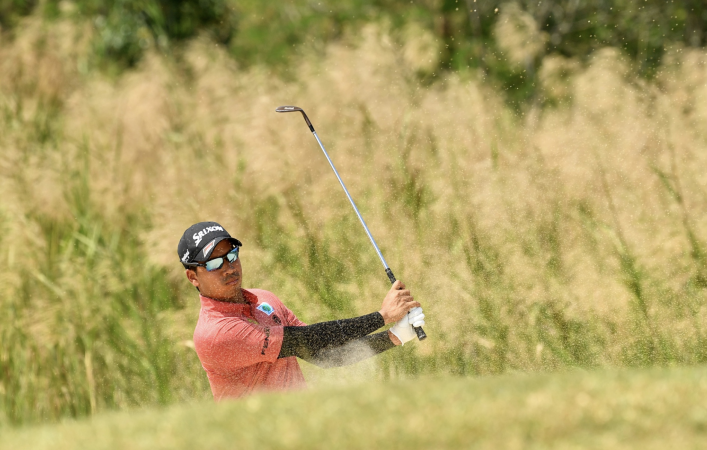 Thailand’s Itthipat Buranatanyarat hopes to steer himself back into the driver’s seat on the Asian Development Tour (ADT) Order of Merit with a fine showing at the inaugural Gunung Geulis Golf Invitational supported by Nomura which starts on Tuesday.

Itthipat led the Order of Merit after securing his third ADT victory at the season-opening Boonchu Ruangkit Championship on home soil in January. He went on to notch two top-10 finishes in his next five starts to maintain his reign atop the money list.

A tied-32nd place finish at the ADT event in Malaysia last month, however, saw him relinquish his Merit lead for the first time this season to second place as Japan’s Naoki Sekito took over the top spot with his joint runner-up finish.

The 26-year-old Thai, who earned his 2019 Asian Tour card after finishing third at the Qualifying School last December, has been very consistent throughout the season, having not missed a single cut in seven starts on the region’s secondary circuit this year.

Itthipat is set to spearhead the talented field alongside Merit leader Sekito and Joohyung Kim of Korea at the US$75,000 event, which will take place at the highly rated Gunung Geulis Golf and Country Club, located in Bogor, about 50 kilometres from the national capital of Jakarta.

“The course looks beautiful. I felt like I’m playing the course at the Santiburi Samui Country Club in Thailand. It’s really nice out there,” said Itthipat, who is chasing to become the third Thai player, following Pavit Tangkamolprasert (2014) and Pannakorn Uthaipas (2017) to lift the ADT Order of Merit crown.

“I feel well-prepared for this week. I just need to drop some putts. If I can do that, I should be able to play well and enjoy myself out there. It has been a great season so far. The goal is to get better in the remainder of the season.

“Regaining the lead on the ADT Order of Merit with a good result this week will give me a lot of confidence heading into the rest of the season. I am definitely chasing to win the Order of Merit this season,” added the amiable Thai.

The leading seven players on the final ADT Order of Merit will earn playing rights on the premier Asian Tour for the 2020 season and the winner of the Gunung Geulis Golf Invitational will take home a prize purse of US$13,125.