The next round of the Thailand Super Series takes place from August 28 to September 1 at the 13th Bang Saen Grand Prix, organisers announced.

The famous beach-street circuit is the jewel in the crown of Thai motorsport and is expected to host 500,000 spectators during the five-day event.

Sandy Kraokaew Stuvik of B-Quik Racing is ready to fight it out in a brand-new Audi R8 GT3 Evo 2019 Spec.

Sandy will once again share the cockpit with talented Estonian driver Martin Rump.

Prior to taking to the streets at Bang Saen, B-Quik Racing and Sandy will give the Evo a shakedown at Bira International Circuit on August 9 to make sure it’s ready and prepare some preliminary set-ups for the tricky and twisty street circuit.

“I think Bira is the perfect place to test our car before we unleash it at Bang Saen,” Sandy said. “Bira is quite short and technical and we should get a good idea of what to expect at Bang Saen.”

He’s currently in third place in the overall standings and will be looking to score as many points as possible at Bang Saen. 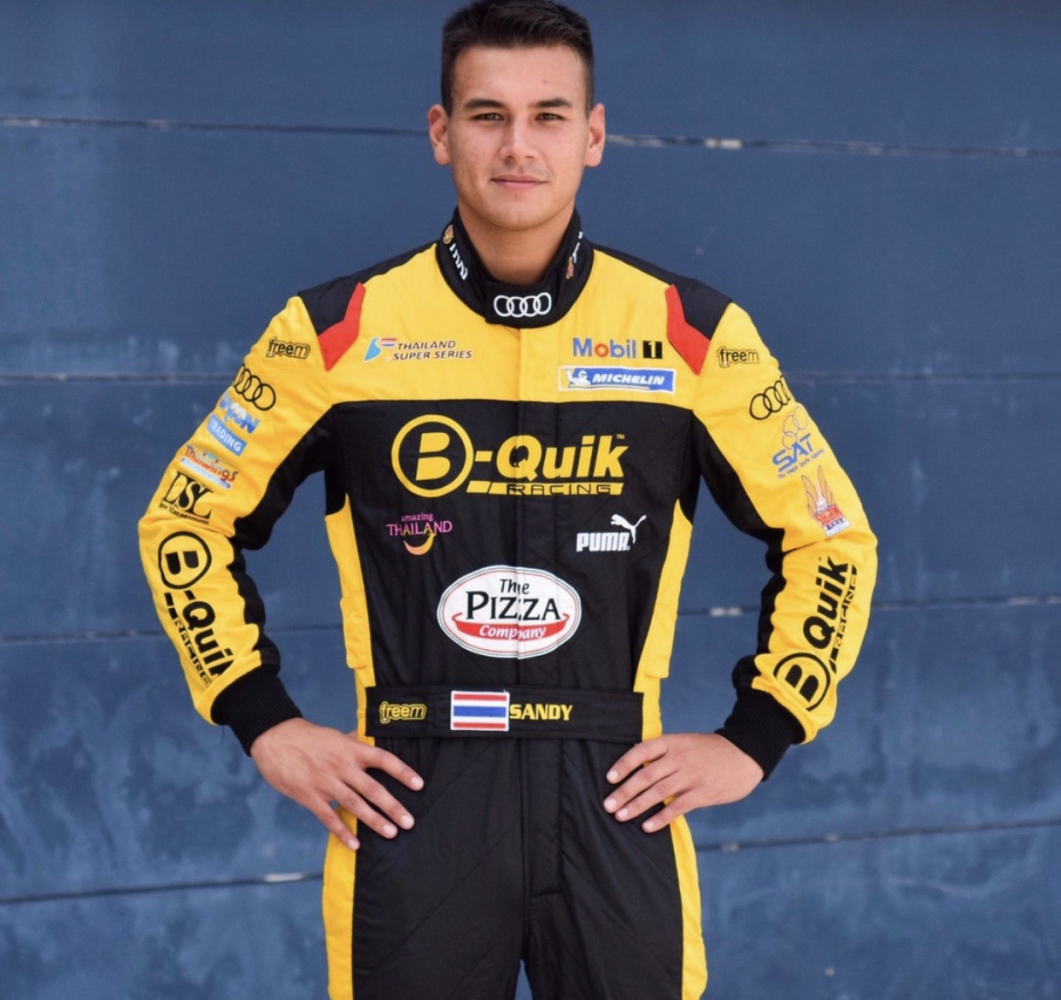 After testing the new Evo, he’s hopeful of more podium finishes and will be pushing harder than ever to secure his first win in Thailand Super Series.

Sandy also has numerous sponsor-events and commitments to fulfil, including handing out prizes to fans in attendance.

“Bang Saen is always a very special event,” he said. “The atmosphere, the fans and the cars make for a truly unforgettable experience. You’ve got everything from burning rubber to the hot and fresh food being prepared all around the circuit. I can’t think of a better day out.”