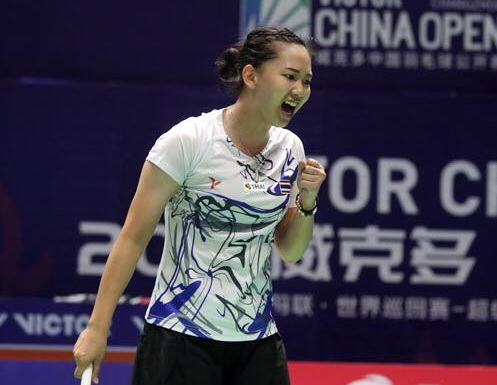 Sindhu, who had beaten Pornpawee in their previous three encounters, dominated the first game, surging ahead 7-1, but the Thai fought back and cut the lead to 10-11 at the break.

However, Sindhu won eight straight points after the interval to lead 19-10 before wrapping up the first game comfortably at 21-12.

Pornpawee, however, came back strongly in the second game, taking a 15-7 lead with six straight points and won the game 21-13.

The decider saw a close fight, with both players tied at 6-6 before Sindhu broke ahead to lead 11-7.

However, Pornpawee fought on and stunned the Indian by winning six points on the trot from 15-19 to win 21-19.