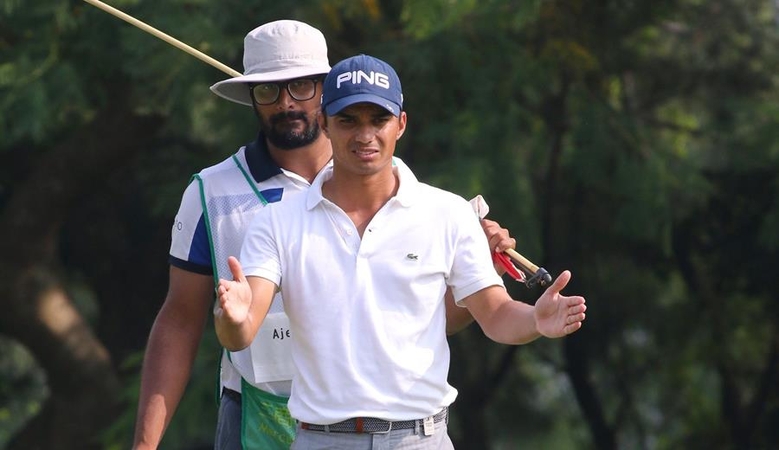 Tamsui - India’s Ajeetesh Sandhu made his move up the leaderboard by signing for a second round three-under-par 69 to take a one-shot lead into the weekend rounds at the Mercuries Taiwan Masters on Friday.

Sandhu, who started his round one shot off the pace, mixed his card with five birdies and two bogeys to post a two-day total of seven-under-par 137 at the Taiwan Golf and Country Club.

That gave him a slim advantage over Argentina’s Miguel Carballo, who made his return to the Mercuries Taiwan Masters in the most convincing way by firing a 66 to take clubhouse lead earlier in the morning.

Carballo missed the cut in his debut at the Taiwan Golf and Country Club last year but is now back as an Asian Tour winner- after lifting his maiden title in Indonesia last month and is among the genuine contenders for the title this week.

Philippines’ Miguel Tabuena overcame an early scare where he dropped two shots in his opening three holes by recovering quickly with three birdies on holes four, five and six before returning with a 72 to take outright third place, two shots back of Sandhu.

India’s S. Chikkarangappa, who missed two consecutive cuts in his last two events, found relief as he also progressed into the weekend rounds after posting a 71 to take a share of sixth place.

The weekend cut was set at two-over par with 57 players progressing to the final two rounds.