Former world No 19 Tamarine Tanasugarn won her first title in five years after she and her Dutch partner Lesley Pattinama Kerkhove beat former French Open finalist Zheng Saisai of China and Ng Kwan-yau of Hong Kong in the final of the US$25,000 Cal-Comp and XYZ Printing ITF World Tennis Tour in Hua Hin on Saturday. 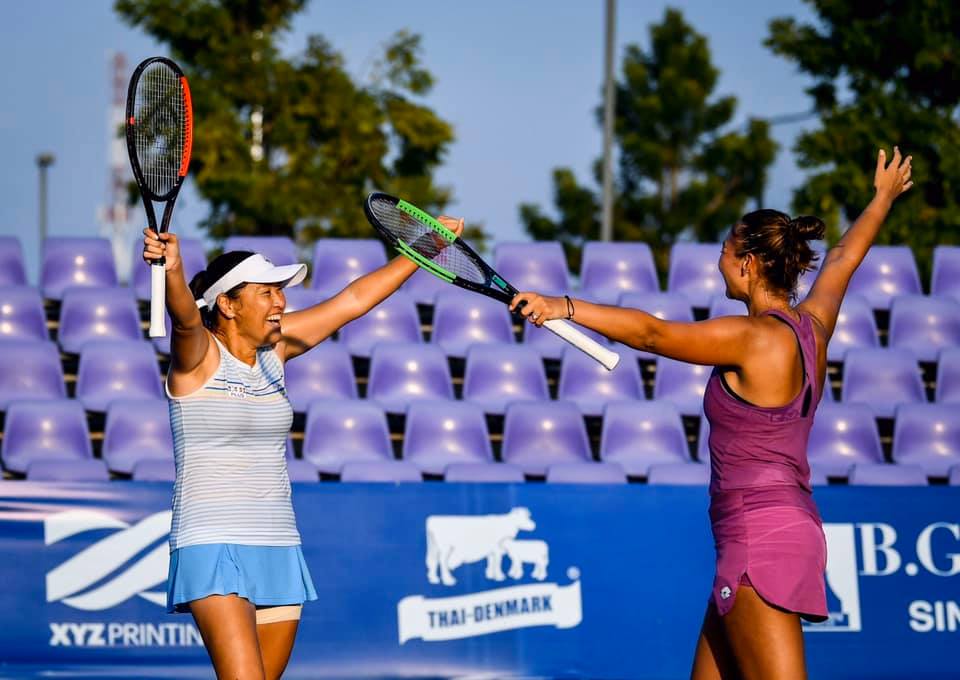 The 42-year-old winner of four WTA titles celebrated her first win since 2015 following a win over Zheng and Ng 6-2 7-6 (7-5), making amends for her loss in the final of the first circuit at True Arena a week ago.

“I won it finally,” said Tamarine, who returned to the circuit earlier this year after retiring in 2016. “I have to give credit to my partner, Lesley, who agreed to pair up with me when I had no doubles partner. This is a great win as we really fought hard. Zheng is a French Open doubles finalist [along with Duan Yingying this year]. I’m so happy to win at home,” the former Thai No 1 said.

Tamarine will also represent Thailand in the Manila SEA Games in December. She had won the singles gold in Chiang Mai in 1995.