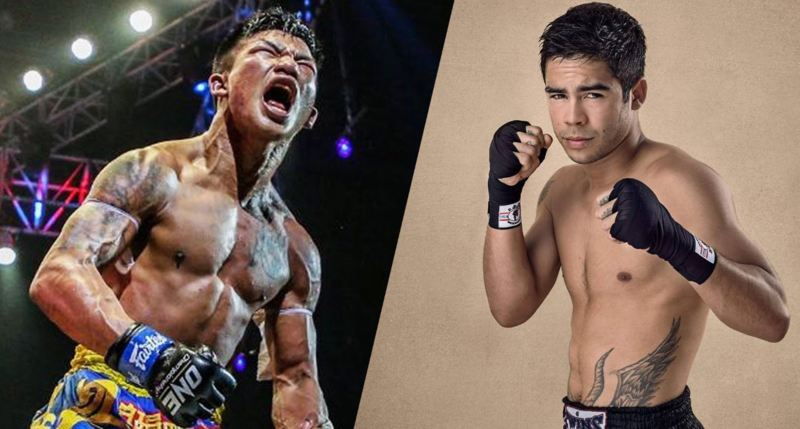 Thai striking sensation Rodtang “The Iron Man” Jitmuangnon wants to impress in his next contest. The reigning ONE Flyweight Muay Thai World Champion will be performing for the first time in front of a live US prime time audience, and the 23-year-old superstar plans on showcasing the skills that have endeared him to millions of martial arts fans in Asia.

Rodtang is set to face former  WMC Muay Thai World Champion  "Mini  T" Danial Williams in a catchweight Muay Thai, non-World Title affair. The bout is scheduled for “ONE on TNT I,” the first of a four-part event series that will broadcast Wed., April 7 (Thu., April 8 in Thailand at 7.30 AM), live from the Singapore Indoor Stadium in Singapore.

“The Iron Man” has watched enough tape on Williams to know what he’s about, and has prepared himself accordingly for the challenge that lies ahead.

“The fight I watched is from around three years ago, so it is difficult to know how he has developed since then. But I can say, from what I have seen, is that he’s good, brave, and has strong weapons,” Rodtang told ONE Championship.

“He has a similar style – he likes going forward, dares to take [a shot], and exchanges. His strengths are his low kicks and punches. I think I will change my style a little bit, but for sure, I will never go backward. I have to be more cautious and not play around.”

Also on the card is the return of former UFC Lightweight Champion Eddie “The Underground King” Alvarez who faces #2-ranked lightweight contender Iuri Lapicus in the co-main event.

Rodtang has had an incredible run in ONE Super Series so far, defeating all of the opponents he’s faced in the Circle, in emphatic fashion. This time, however, he wants to win over American fans with his explosive style.

“Winning ten fights and being undefeated in ONE Championship is good. I would like to have that and maintain [my undefeated streak] as long as possible,” said Rodtang.

“My goal is staying on top and staying in the fans’ hearts. I give them what they want to watch – something exciting, aggressive, and fun.”

Watch ONE on TNT 1 on Thursday 8 April on ONE Championship Youtube, ONE Super App and AIS Play at 7.30 AM.