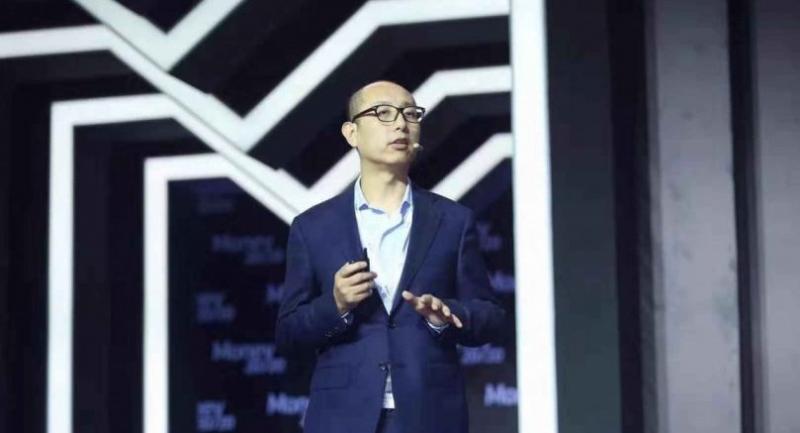 As mobile payments experience rapid growth in the region, Chinese Internet giant Tencent Holdings is considering launching WeChat Pay, its digital payments platform service, in Thailand, says Royal Chen, vice president of financial technology for Tencent.
“We are considering which approach – doing the payment service by ourselves or working with local partners – is more suitable to launch WeChat Pay Thailand,” Chen told a group interview for Thai media on Wednesday in Hangzhou.
Chen is responsible for the product planning and operation in both the China and international payment services for the company. Tencent is thinking about partnering with certain Thai business sectors, particularly banks, to provide the service because payment needs to be localised in different countries.
“A local partner is important,” Chen stressed several times during the interview.
Thailand is a key market for the company, given the huge number of users of WeChat, Tencent’s popular social network, Chen said.
However, the firm has no timeline to launch WeChat Pay Thailand, he added.
WeChat Pay service is currently provided in Thailand for Chinese tourists, to ensure they have a good experience while away from home.
China remains the largest contributor in terms of both arrivals and tourism revenue to Thailand and, on average, they spend more than other tourists – above Bt5,000 per person a day, according to data from the tourism authority.
Chinese accounted for nearly one-third of last year’s record 35 million arrivals but the number began to fall in August this year, plunging 11.77 per cent from a year earlier due to a boat accident that killed over 40 Chinese in Phuket in early July.
WeChat Pay has about 800 million active monthly users, most of them Chinese nationals, according to Tencent. The payment feature integrated into the WeChat app is now supported by merchants in over 40 countries, including Thailand.
In August this year, WeChat launched payment features in Malaysia called WeChat Pay My, its first market in Asia beyond mainland China and Hong Kong.
The WeChat Malaysia’s payment feature will enable local businesses to engage with their customers under the same platform, and make or transfer payments in Malaysian ringgit.
“The outcome is beyond our expectations, and we are expecting the digital wallet in Malaysia will grow faster than in others and even faster than in Hong Kong,” Chen said.
In 2016, Tencent launched WeChat Pay HK in Hong Kong with transaction growth exceeding ten-fold last year.

Although it’s difficult for Chen to forecast the trend of mobile payments for the next three years because the system has been in use for just four years in China, his guess is that developments could speed up and cover more business sectors.

Convenience highlighted
Payment technology developments aim for convenience and ease of use, and for users to feel like they are at home even while travelling, with no need to worry about currency exchange rates, Chen said.
“In the future, mobile payment systems will be part of your daily life. It’s just like you drive a car to your home [today] and have a very good experience or enjoy making a payment from your home. You can order coffee and the shop will send a messenger to facilitate your payment,” Chen said.
Also, payment systems in the future will be cashless. Consumers may not need to scan the QR code when doing transactions, because everything will be on cloud services and big data, he said.
From the consumer’s point of view, they do not need to bother with which method of payment they are using, because all their data is already in the cloud and it’s safe, he said.
“We can use voice recognition or facial recognition in order to identify users when they want to make a payment transaction,” he added.
During his speech titled “Exploration of Cross-border Mobile Payment, its Development and Challenges Ahead” at the Money 20/20 conference held in Hangzhou on Wednesday, Chen said mobile payments are developing rapidly in China with support from the regulatory authorities. The growth will continue and penetrate different segments of society, he said.
Tencent will continue to actively explore reaching out to overseas markets via three channels – Chinese outbound tourists, WeChat Pay and the Open Payment Platform.
He cited the success story of WeChat Red Packet since its 2014 launch. The Red Packet continues to break its own records from time to time. That mobile application was developed by Tencent based on the Chinese tradition of hongbao in which money is given to family and friends as a gift.
WeChat Red Packet transactions in one week during this year’s Chinese New Year were 768 million yuan (Bt3.64 billion), Chen said.
In October, Tencent launched the first of its kind cross-border mobile payment service, allowing WeChat Pay HK users to conduct yuan-denominated transactions with Hong Kong dollars in mainland China.
Chen noted the WeChat mini-programmes, tax refunds dubbed the “We Tax Refund”, that enable Chinese tourists to quickly apply for tax refunds from within the app while abroad or once they have returned home.
The service is now open in 81 airports and 19 countries, but not yet in Thailand, though Chen said his firm has a plan to bring it here.
“We are willing to cooperate with partners to facilitate the development of mobile payments globally,” he said.