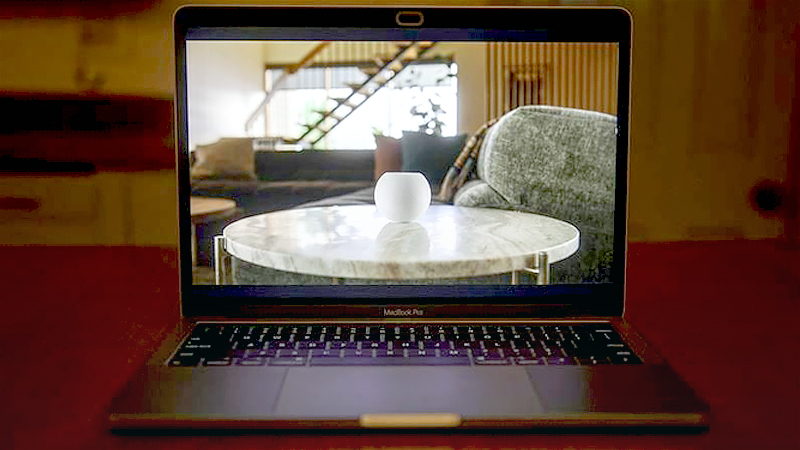 Apple's HomePod mini speaker launched last November with new features such as a home intercom system. But one part of the device has remained secret: a sensor that measures temperature and humidity.

The Cupertino, California-based technology giant never disclosed this component and the device currently lacks consumer-facing features that use it. The company has internally discussed using the sensor to determine a room's temperature and humidity so internet-connected thermostats can adjust different parts of a home based on current conditions, according to people familiar with the situation. The hardware could also let the HomePod mini automatically trigger other actions, say turning a fan on or off, depending on the temperature.

If Apple eventually enables the sensor, it would bolster a smart-home strategy that has sometimes lacked focus and trailed those of rivals. Amazon's latest Echo speakers have temperature sensors, while Google's Nest sells sensors that can be placed around homes and connect to its thermostats to adjust the temperature of each room.

The new capabilities would be a particular boon to an Apple software system called HomeKit that controls thermostats, lights, locks, plugs and other devices in the home. HomeKit works with fewer gadgets than similar software from Amazon and Google and Apple doesn't make its own smart-home hardware beyond the HomePod and Apple TV streaming box. However, there are about 40 thermostats featured on Apple's website that are compatible with HomeKit.

The sensor, measuring 1.5 by 1.5 millimeters, is buried in the bottom edge of the HomePod mini's plastic, fabric-wrapped case near its power cable. The component's location was confirmed by iFixit, which took apart one of the speakers after an inquiry from Bloomberg News. The sensor is made by Texas Instruments and is called the HDC2010 Humidity and Temperature Digital Sensor, according to TechInsights, a firm that analyses components inside of electronics.

The part is situated relatively far from the device's main internal components, meaning it is designed to measure the external environment rather than the temperature of the speaker's other electronics. Many mobile devices include sensors that can trigger the device to slow performance or disable features to stop components overheating.

While rare, this isn't the first time Apple has slipped a dormant piece of technology into its devices. The 2008 iPod touch had a Bluetooth chip, but support for Bluetooth connectivity was enabled the following year via software. Apple typically releases major HomePod software updates annually in the fall. It's unclear if or when Apple will switch on the temperature sensor, but its presence in HomePod mini units that have already sold suggests that this is just a matter of time. An Apple spokeswoman declined to comment.

Apple didn't have a serious offering in the smart-home market until 2018 with the original HomePod. That device was discontinued recently after lackluster sales. Some decision makers at the company worry it may be too late for Apple to make a strong entry in the sector, especially as it focuses on other new categories such as virtual and augmented-reality headsets and electric autonomous cars. Others believe the company can take its time and customers will still be interested.

Some insiders blame the lack of progress thus far in the home on Siri, Apple's voice-recognition service that, while improving, is still considered behind Google Assistant and Amazon's Alexa. Whatever the reason, no unifying strategy has emerged so far, one of the people familiar with the situation said. The people asked not to be identified discussing sensitive issues. This comes after Apple sought to revamp its smart home efforts with a new team it began forming in 2019.

Apple continues to chip away at this opportunity through updates to individual devices. Before the discontinuation of the larger HomePod, the company had been working on an updated version for release in 2022. It has also been developing new speakers with screens and cameras, but such a launch isn't imminent. Apple is also working on an update to the Apple TV set-top box. Until that time comes, Apple will likely try to unlock the most functionality from the HomePod mini.