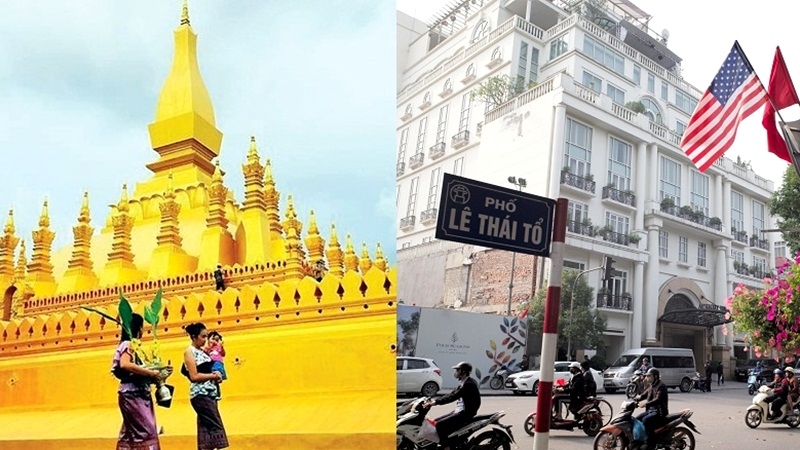 Hanoi and Vientiane are top two cheapest cities in Asia for backpackers to visit in 2020 while Bangkok offers the cheapest prices for a meal, a study conducted by UK-based Alpha Travel Insurance has revealed.

Hanoi, the capital of Vietnam, tops the list of 31 destinations listed on the company’s guide titled “Backpacker Index -- the Cheapest Cities to Visit in Asia”.
Also in Vietnam, Ho Chi Minh City, and Hoi An in the central province of Quang Nam, feature on the list, coming in third and sixth respectively.
Alpha Travel Insurance surveyed popular backpacking destinations and assessed them based on the cost per day for a hotel, two transport rides, three budget meals, drinks, and the fee to visit one attraction in the city.
On average, a visitor spends US$18.66 (Bt560) a day in Hanoi, $19.30 in Vientiane and $19.86 in Ho Chi Minh City.
Yangon in Myanmar and Pokhara in Nepal come in fourth and fifth, with a backpacker spending $20.50 and $20.63 on average a day respectively.
Chiang Mai in Thailand comes in seventh followed by New Delhi in India, Phnom Penh in Cambodia and Colombo in Sri Lanka respectively. Luang Prabang, Laos’ most popular World Heritage Site, is ranked 13th.
Cost is likely to be a factor in decision-making when one is planning to go backpacking in Asian cities, Alpha Travel Insurance said on its website.
The price of each category is not always the cheapest in the best performing country on the list.
Bangkok offers the cheapest prices for a meal, while Siem Reap in Cambodia has the most reasonable accommodation price.
Japanese capital Tokyo is named the most expensive among the 31 cities, with a backpacker spending about $74 per day on average.
China’s Macau and Hong Kong are named the second and third most expensive cities with visitors spending $68.97 and $62.97 per day. Singapore is the fourth most expensive with backpackers likely to spend $56.92 per day on average.