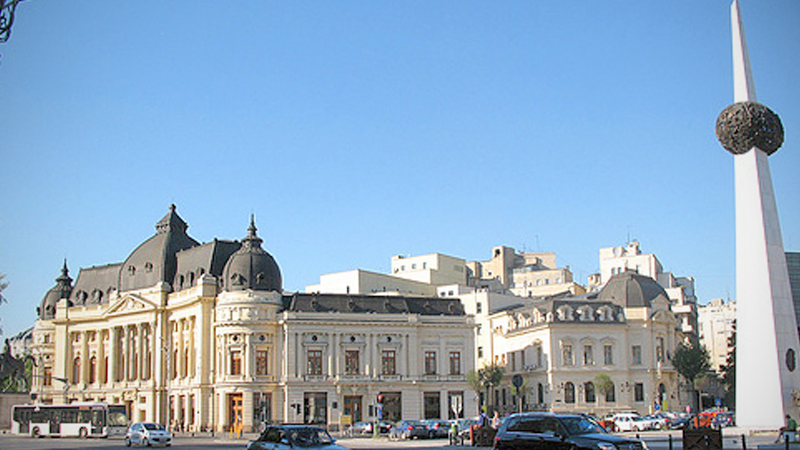 From refurbished palaces in Budapest and Bucharest to gems on the Baltic coast, hoteliers who are seeking higher returns in eastern Europe are venturing outside the region's saturated hubs.

With yields in Prague and the business districts of Warsaw dropping close to levels in Germany's largest cities, it's the capitals of Romania, Hungary and Serbia -- as well as large secondary cities in Poland -- that are increasingly attracting developers and investors, hotel executives said.

"Bucharest is what Warsaw was 10-15 years ago," Adam Konieczny, development director for Europe at Paris-based Louvre Hotels Group, said at a recent hotel-industry conference in Budapest.

Goldman Sachs was among the sellers of a portfolio of 10 hotels, including four-stars in Budapest and Prague, to Indian conglomerate InterGlobe last year. There were 4.2 billion euros ($4.6 billion) in hotel deals in the region's six main markets in the past five years, a third of it in 2019, according to CMS and Cushman & Wakefield.

Cranes dot the skyline in the Romanian capital, with projects including two Ibis hotels by Warsaw-listed Orbis. Apex Alliance, a Lithuania-based independent operator, recently completed a four-star Marriott in Bucharest and it has been turning an iconic bank building in the city's Old Town into a five-star asset.

Major Polish cities outside of Warsaw are also booming. Over the next three years, nine hotels with a total of 1,900 rooms are scheduled to open in the Tricity area that includes Gdansk, Gdynia and Sopot on the Baltic Sea, increasing the local stock by 30%.

Bialystok, a university town in eastern Poland, is meanwhile a favored location for Warimpex, another major developer, because it has more fresh workforce available than Warsaw, CEO Franz Jurkowitsch said.

Krakow, Poland's second-biggest city, has for long been a popular tourist destination though a surge in business centers there and across the region has also boosted demand for hotels.

"Poland and Romania are key because these are the two countries in eastern Europe which have strong domestic markets," said Gilles Clavie, chief executive officer of Orbis, which develops hotels in the region under Accor SA's brands such as Sofitel.

"Economic growth over the coming years is expected to stay bullish in the region; if not for any serious geopolitical issues, I can't see investment activity slowing down," he said.

There is ample room to boost the presence of international brands. The share of hotel chains is just 15% of the total in Hungary, 14% in Poland and 6% in Serbia, compared with more than 20% in many western European countries, advisory firm Horwath HTL said in a 2019 report.

Al Habtoor Group on Wednesday announced it would set up a regional office in Budapest to service its existing European operations, which include The Ritz-Carlton and InterContinental in the Hungarian capital in addition to hotels in London and Vienna.

"The less-explored markets in Europe are now gaining momentum, offering a competitive edge, an attractive investment climate and higher yield possibilities for foreign players," Al Habtoor said in a statement on its website.

Budapest has about 3,000 new rooms scheduled for completion by the end of 2021. The Hyatt Regency will occupy a former post office building dating to the 1870s and W Budapest by Marriott will open in a palace that used to house Hungary's state ballet school.

The group in November also purchased three hotels in Lodz, Warsaw and Krakow in Poland from B&B Hotels. Apex Alliance meanwhile is looking to buy in the Hungarian capital.

"There are three or four opportunities for us in Budapest, if I look at what we potentially have in the pipeline," said Apex Alliance CEO Gerhard Erasmus.

Prague and Warsaw are far from losing all their allure.

Patron Capital, which is mainly focused on western Europe and the U.K., has been attracted by the extra yield of as much as 2 percentage points in Poland, along with brisk economic growth and consumer spending across the region, Vice President Wiktor Lesinski said.

"Poland is especially attractive in this respect," Lesinski said. "We continue to review opportunities in the region. We're yet to see further yield contraction."