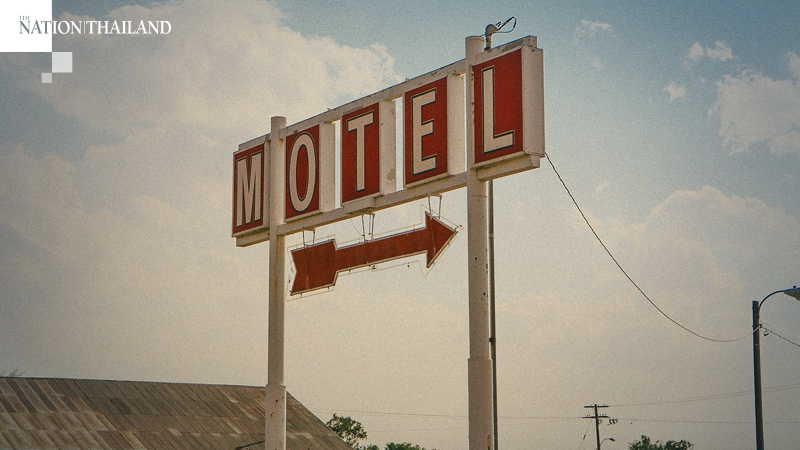 Barista-brewed coffee and Traeger grills weren't the amenities Rosie Reynolds and her husband were expecting from a motel. "There are a lot of dubious qualities associated with motels," says Joe Reynolds, a Los Angeles-based brand strategist.

But in pandemic times, there are also a lot of appealing qualities, such as limited indoor facilities and never having to share a corridor with other travelers.

But on a recent road trip along the West Coast, the Reynoldses, both in their early 30s, decided to base themselves at motels due to the affordability, proximity to towns, and ease of social distancing. In Bend, Ore., and Mt. Shasta, Calif., they booked stays at Loge Camps, a three-year-old hospitality brand that flips roadside inns into eco-minded retreats for outdoor enthusiasts. At both locations, the couple was pleasantly surprised to find grounds scattered with fire pits, hammocks, and bike-tuning stations-along with in-room comforts such as Rumpl blankets and complimentary trail mix. But it was the level of service that truly won them over.

"To navigate the challenges of coronavirus, Loge sent emails prior to our visit, which provided all details for a safe, contactless stay," says Joe, noting such smart service innovations as DIY housekeeping kits and a new SMS text system for obtaining advice on local breweries or under-the-radar hikes.

The Reynoldses aren't the only ones suddenly interested in renovated trucker hangouts. "Motels provide fewer opportunities for encounters with staff or guests. There's no lobby traffic. You don't have to use an elevator to reach your room," explains Thomas Russo, chief of University at Buffalo's infectious-disease division. You can avoid people altogether when going between car and room.

All this, plus locations that are almost always near major cities, make motels some of the safest, most convenient accommodations for the current circumstances. That might be why many motels are enjoying sold-out summers while more traditional U.S. hotels averaged around 40% occupancy for the month of June, according to STR, a data company specializing in hospitality. What's more, staying in a motel doesn't require downgrading your travel style: High-design motels-some with prices that rival boutique hotels-have been on an ascendant trend since well before the pandemic.

Across the country, hoteliers have been updating motels with upscale interiors, hiring boldface names to create interesting food and cocktail menus, and adding resort-like amenities.

At Loge Camps, which has five hotels along the West Coast, that also means outdoor movie nights and a charitable spirit; portions of each stay benefit nonprofits that focus on local stewardship. At Tourists, which opened last summer in North Adams, Mass., in the Berkshire Mountains, it means outdoor showers on wood-paneled decks and s'mores kits as a nightly turndown treat. At two-year-old Hotel Joaquin, in Laguna Beach, Calif., it means an on-site adventure outpost stocked with complimentary surfboards, kayaks, and snorkel gear.

Though single- and two-floor layouts make them relatively safe, many motels are taking such further precautions as requiring reservations for pool time and providing in-room breakfast and beer deliveries.

As a result, travelers are using motels as base camps to explore the outdoors, rather than as overnight pit stops between long stretches of driving. Mike French, founder of the Pioneertown Motel, a former Old West movie set with 19 rooms near Joshua Tree National Park in California, recently introduced weekly and monthly self-guided retreats to satisfy the interest in longer stays. Guests who stay a week get two nights free, along with suggested itineraries and options to have barbecue setups or deliveries of produce from regional farms.

After months at home, Simonson and his wife chanced a stay at the Amigo Motor Lodge in the central Colorado mountain town of Salida. "They were able to assure [that] the room we would occupy would have at least one vacant night immediately before our check-in, if not more," he says. "Each room has windows that open front and back that provide natural ventilation, which early on we learned is very beneficial to avoiding covid-19." Outdoor seating areas in front of rooms, plus a central courtyard, made it easy to enjoy a beer or coffee without being surrounded by others, he says.

Now, Simonson says that if he travels again, he'll stay only at upscale motels. "I've had very good experiences with Airbnb, but it just can't match the precautions and the comfort the Amigo gave us."

The 96-room Marram, a renovated oceanfront motel in Montauk, at the eastern tip of New York's Long Island, features Le Labo bath products and Retrospec cruiser bikes, with rooms starting at $600 a night. Its owner, Atit Jariwala, has been converting luxury travelers who might have previously stayed at equally pricey stays such as nearby Gurney's ($995 a night) or the Ocean House in Rhode Island ($765 a night). He's seen a boom in bookings for the rest of summer, with most weekends already sold out.

"Is this luxury? Yes," says Erik Warner, owner of the Sound View Greenport, a 55-room oceanfront motel on Long Island's North Fork and the Anvil, a 50-room converted motel in downtown Jackson Hole, Wyo. Both properties are nearly back at last summer's numbers. "Guests are looking for hotels that provide them with the highest probability of not contracting the virus and simultaneously, the highest degree of comfort," he explains. "That's the new luxury."

Sold on the concept? Here are eight standouts to consider for your next trip.

- Calistoga Motor Lodge and Spa, Calistoga, Calif. Besides its prime location at the end of Napa's famed Silverado Trail, this 62-room retro motor lodge has three geothermal mineral pools and such old-school lawn games as corn hole. From $249

- Pioneertown Motel, Pioneertown, Calif. Western movie stars, including Roy Rogers, founded the hamlet of Pioneertown in 1946 as a movie set. Today, the buildings include artist studios, a saddle maker, and a 19-room motel that attracts Los Angeles hipsters and musicians. From $175

- Sound View Greenport, Greenport, N.Y. The new beach bar at this restored mid-century motel was designed by the cocktail wizards from Death & Co. From $365

- Tourists, North Adams, Mass. Wilco bassist John Stirratt is a partner in this 48-room hotel located right off the Appalachian Trail. From $360

- The Yachtsman Hotel and Marina Club, Kennebunkport, Maine. The 30 harbor-front bungalows have private teak terraces, access to kayaks and canoes, and daily bakery basket deliveries. From $347.