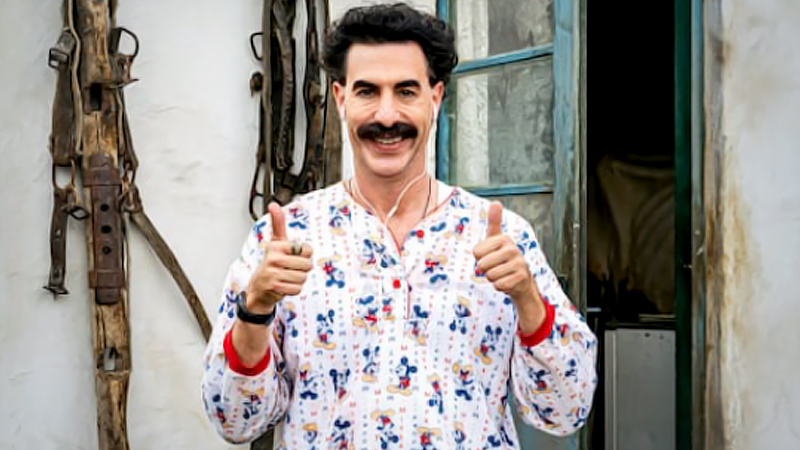 Almost 14 years after Kazakhstan banned the original "Borat" film for its negative depiction of Kazakhs, the nation's tourism board is adopting the catchphrase of fictional character Borat Sagdiyev as a new slogan: "Very nice."

In a tourism advertisement that those who haven't seen the "Borat" movies might not recognize as anything other than a dreamy collection of travel footage, Kazakh Tourism works the words of fictional TV journalist Borat into several snapshots of the country's travel offerings.

"It's a place you may have heard of, that's nicer than you ever imagined. Where you can find endless steppe, sand, and epic mountain peaks just a short drive from a modern metropolis," the tourism board says in the description of its new commercial. "How can you describe a place this surprising in just two words? As a wise man one [sic] said, 'Very nice!'"

The campaign is in stark contrast with Kazakhs' prior and current disdain for the film. In 2006, the original "Borat" film was railed against by the Kazakh government, which threatened to sue creator Sacha Baron Cohen and took out a four-page ad in the New York Times arguing against the film.

"Borat Subsequent Moviefilm" was released on Amazon Prime on Oct. 23.

The Kazakh tourism board is handling things differently now, by turning the 2020 movie into a valuable campaign for tourism: The ad was conceptualized by an American expat in Kazakhstan who aimed "to take the publicity created by a comedian and turn it to a positive message," according to the New York Times.

But this time around, Kazakhs are still angry. The Kazakh American Association last week called upon Amazon in an open letter to cancel its release of the second "Borat" film, which the association said is racist and "bullies and traumatizes a nation comprised of people of color." (Amazon founder Jeff Bezos owns The Washington Post.)

"Why is our small nation fair game for public ridicule?" the Kazakh American Association asked in the letter.

Cohen, the comedian who wrote the movies and stars as Borat, answered in the New York Times article this week.

"This is a comedy, and the Kazakhstan in the film has nothing to do with the real country," Cohen told the newspaper. "I chose Kazakhstan because it was a place that almost nobody in the U.S. knew anything about, which allowed us to create a wild, comedic, fake world. The real Kazakhstan is a beautiful country with a modern, proud society - the opposite of Borat's version."