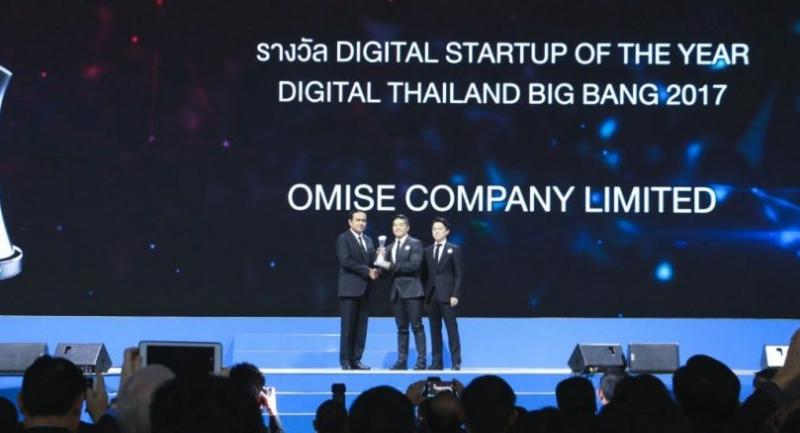 THAI financial technology start-up Omise received a Digital Prime Minister's Award in the Digital Start-up of |the Year category at the Digital Thailand Big Bang 2017 conference, held by the Ministry of Digital Economy and Society from September 21 to 24 at IMPACT.

The company was lauded for recently launching OmiseGO to offer a network that would allow electronic wallets to be interoperable through block chain technology.
Omise has operated in Thailand, Japan, Singapore and Indonesia. It boasts 1,000 per cent transaction growth with over 100 employees.
Omise has raised $50 million (Bt1.6 billion) in funding, including seed funding of $300,000 in August 2014, series A funding of $2.6 million in May 2015, an undisclosed sum of funding from Golden Gate Ventures in October 2015, and series B funding of $17.5 million in July 2016. It most recently raised $25 million in the OmiseGO ICO in July 2017.
Omise was founded in June 2013, launched a sandbox at Echelon in September 2014, launched a payment gateway service in Thailand in January 2015, launched a payment gateway in Japan in January 2016, and acquired Paysbuy in July 2017.