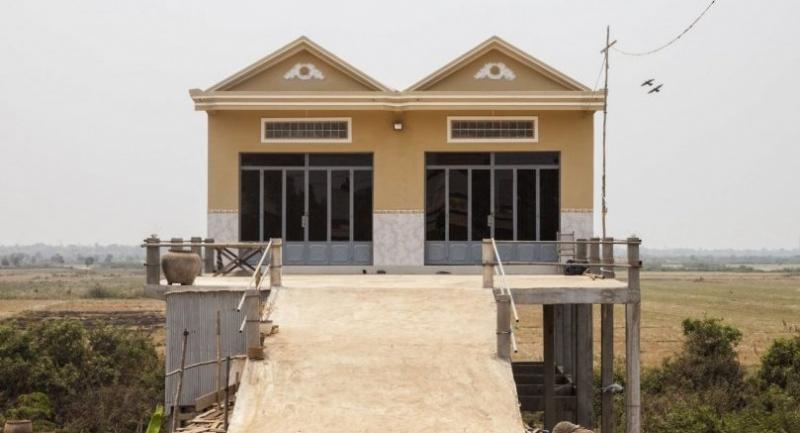 The overall story of MAIIAM – a newly-opened private museum of contemporary art in Chiang Mai – is being told in the exhibition, “Temporal Topography: MAIIAM’s New Acquisitions; from 2010 to Present”, at the museum’s Gallery 1.

It will run until March 30 next year and is being curated by Kittima Chareeprasit.

A series of public events and academic programmes with be held throughout the year and include the launch of the museum collection book, artists’ talks, screenings as well as panel discussions focusing on contemporary art in Southeast Asia.

MAIIAM Contemporary Art Museum is one of Chiang Mai’s groundbreaking art institutions, and the museum’s collection is the driving force behind this success.

The focus is on the contemporary art of Thailand and the surrounding region, with an ongoing commitment to supporting living artists. The first acquisition was made in 1992, and since then the collection has continued to prosper, reflecting and responding to the now, whilst also passing the test of time. The exhibition responds to, and re-stages this collection scope.

“Temporal Topography” takes form through the motif of the landscape, both conceptually and physically connecting a landscape, or “common ground” shared between selected Southeast Asian artists working in the region, whilst also focusing on themes including geo-politics, socio-cultural landscapes, and artistic interpretation of topographical reality; “Temporal Topography” weaves and connects these layers. Works in the exhibition speak about territorialisation, urbanisation, conflicts and violence and also state domination and resistance concerning specific historical events. These themes are explored alongside the interconnected relationship between place and identity with works exploring the nuances between the collective and individual.

Visual perspective is used as a tool in this exhibition to give strong vantage points; and to produce the atmosphere of landscape on every scale. The physical space in the exhibition area creates the sense of an illusion which alludes to an actual landscape; beyond the works themselves; influencing the architecture of the space; and the audience viewer engagement. Have a glance at an artwork and get a sight at another, each pieces of art are visually accommodating and creates aesthetically pleasing experience which invite us to look closer; a mise-en-scene. Part of architectural foundation of the exhibition are the sculptures themselves, where the gigantic blue wall is seen metaphorically as a mountain, inherited from the familiar scenery of Chiang Mai.

Temporal Topography appears as a window for observation, offering different perspectives of contemporary art practice that present the spirit of our time.