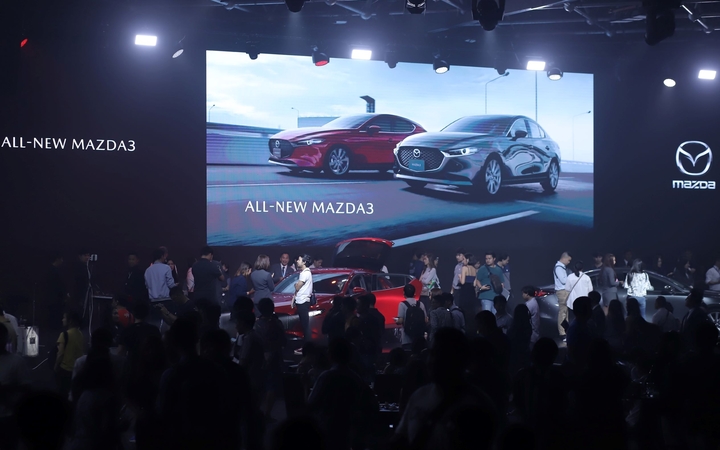 Mazda Sales (Thailand) Co Ltd says it received more than 1,100 orders for the new Mazda3 within four days of its launch.

The car is available in both sedan and five-door fastback body styles and is priced from Bt969,000 to Bt1.198 million.

More than 2,000 fans attended the official launch on September 18, according to Thee Permpongpanth, vice president of Mazda Sales.

“We staged a sneak preview in August and received a lot of interest, so we created an online system to communicate with customers and get them registering for the launch,” he said.