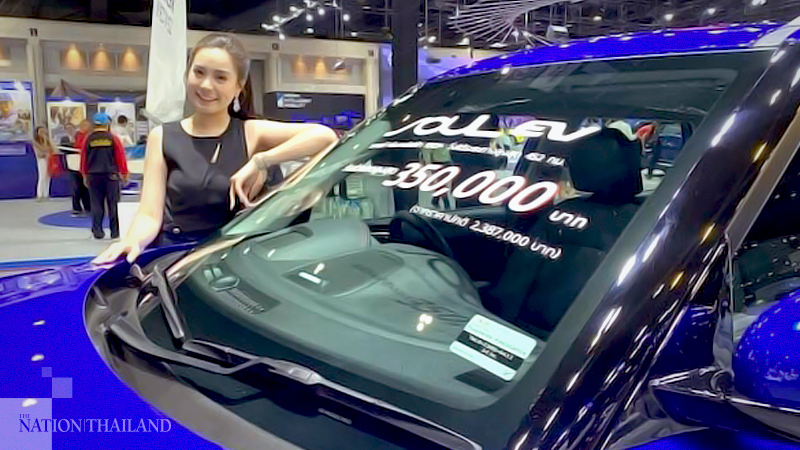 Automakers are not waiting for the government’s planned “Old Car for New Car” scheme and are driving promotion campaigns worth as much as Bt100,000 to boost sales at the end of the year, insisting customers will benefit more from their promotions than from the government programme when it is introduced.

The Old Car for New Car scheme was postponed at a Cabinet meeting chaired by Prime Minister Prayut Chan-o-cha, who asked relevant departments to undertake another study of the scheme for more clarity.

The Industry Ministry is preparing to call in automakers individually for talks this week, while the Finance Ministry has not yet agreed to the scheme since it hasn’t seen a clear project framework or worked out proper financial support, wondering whether to deduct annual income tax (just as in the “Shop Dee Mee Kuen” campaign) or reduce excise tax per vehicle as demanded by car manufacturers (such as the highly successful first-car tax rebate policy by then-PM Yingluck Shinawatra’s government).

Mazda Sales (Thailand) chief executive officer Chanchai Trakarnudomsuk said the company still does not know the exact details of the Old Car for New Car scheme, but is confident that promotions being given to customers now are more beneficial than those that would be offered under the government scheme.

“If it’s just a tax deduction, the customer will not probably get much money back. Promotions by carmakers will give them more. Anyway, if really incentivised, the first car project model should be taken as a base [reduced excise tax] and run for a long period,” Chanchai said.

Suzuki Motor Thailand’s executive director for Sales and Marketing Wallop Treererkngam said that if the Old Car for New Car scheme only involves electric cars or hybrids, this might not make sense since small vehicles such as eco-cars also produce low emissions. More importantly, at their prices they are easily accessible.

“Yes, the government project is a good one. But the conditions are still difficult: for instance, under the planned scheme, people who have used their cars for more than 10 years have to change to a high-priced electric car. And financial support is still unclear. Therefore, many automakers at the Motor Expo 2020 are already offering promotions worth more than Bt100,000 on sedans and pick-up trucks,” Wallop said.

Major Japanese automaker Toyota did not have much comment on the government scheme.

Toyota Motor Thailand executive vice president Surasak Suthongwan said he wants to wait for the policy to be introduced before giving his opinion.

But it has not affected sales right now as the automaker has various agencies and networks, including a strong dealer network of new cars, Toyota Sure (used cars) and Toyota Kinto (long-term personal rental cars), he said.

A number of vehicle manufacturers have launched new models at the huge Motor Expo 2020, which is on until December 13 at Challenger Halls 1-3, Impact Arena, Muang Thong Thani. Automakers have hit the road with a variety of financial offers, including Bt0 down payment, 0 per cent interest, free first-class insurance, free distance maintenance, and more.