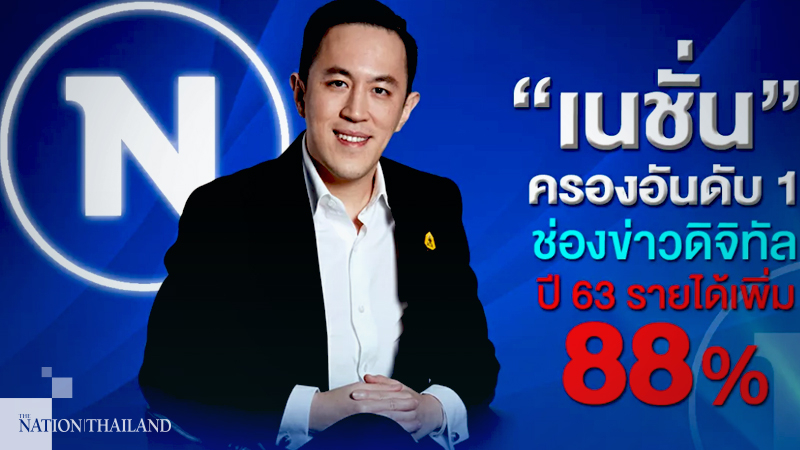 Shine Bunnag, NBC chairman of the board of directors, said most of the revenue came from NBC’s home shopping business and business restructuring.

He added that the company would pay the Bt48-million digital TV licence fee to the National Broadcasting and Telecommunications Commission by May this year.

"This year, we will adjust NBC's capital structure to ensure that the company will be able to pay dividends to shareholders," said Shine.

He expected NBC's revenue to increase by 6 per cent this year if Thailand is spared another wave of Covid-19, emphasising the company’s commitment to presenting fact-based and socially responsible news via its digital TV and online outlets.

"This year, NBC will hold two large events, namely the Kom Chad Luek Awards and the 50th anniversary of The Nation," he said.

Meanwhile, the first branch of Nation Coffee will open at Nation Tower in March, part of plans to launch 10 branches in Bangkok this year.

"Our strong point is that Nation Coffee uses coffee beans grown in the country to produce quality beverages at an affordable price," he added.