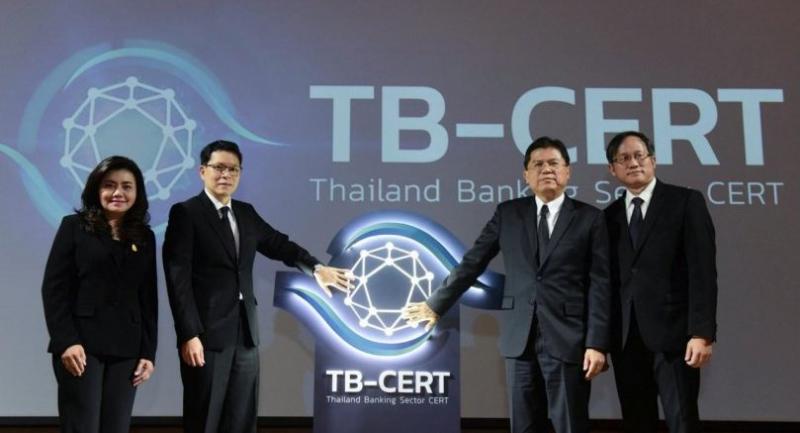 A group of financial institutions have created a group to address issues of stability and security of IT systems and prepare for cyber threats.

The Thai Bankers’ Association (TBA) on Monday announced the Thailand Banking Sector Computer Emergency Response Team (TB-CERT), a group of 15 member banks which would collaborate on heightening security at a time of proliferating technologies in the financial services sector.
The team is sponsored by the Electronic Transactions Development Agency (ETDA), a public organisation that focuses on financial business, one of the nation’s major infrastructures.
The group would look at measures to promote the stability of the Thai financial sector and be conducive to national security.
TB-CERT operations would cover four aspects. First, it would serve as a centre for the exchange of information, including details of cyber threats and remedy guidelines in accordance with international standards. Second it would establish a central standard of cyber security for applications of new technologies such as cloud computing or biometrics. Third, it would establish procedures to deal with cyber threats in the commercial banking sector and regularly arrange for collaborative drills. Finally, it would support personnel development in the area of cyber security by recruiting new talent to the financial sector and equipping the financial institutions’ human resources with knowledge and understanding, instilling them with an awareness of cyber security.
These efforts will be executed to ensure that preparedness of Thai financial institutions is in line with internationally recognized standards, said a press release from the Thai Bankers’ Association.
Veerathai Santipraphob, governor of the Bank of Thailand; Surangkana Wayuparb, executive director of ETDA; Predee Daochai, chairman of the Thai Bankers’ Association, and Kitti Kosavisutte, chairman of TB-CERT Committee, together with executives from member banks, participated in the official launch of TB-CERT.