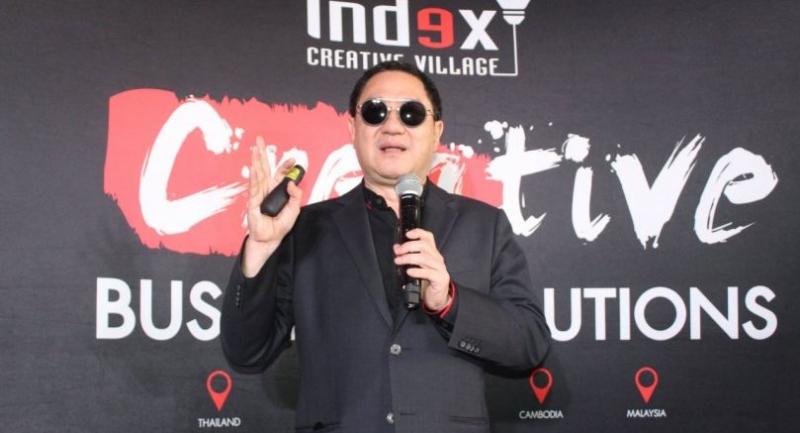 DESPITE THE reluctance of many foreign companies to invest large amount of money in Myanmar in fear of policy uncertainty, Index Creative Village Plc is expanding its business in the country, according to Kreingkrai Mek Kanjanapokin, founder and Group CEO of the company.

"We are focused 100 per cent on Myanmar because it is the most important market for us. I have spent a lot of time studying the Myanmar market, more than any other we are doing business in," he said at a press conference yesterday.
According to Kreingkrai, the company usually holds nearly 30 events in Myanmar every year. It plans to organise three major trade fairs in the country in the second half of the year - Myanmar FoodBev, Myanmar Retail Sourcing Expo2019 and Myanmar Build & Decor.
He said the company enjoyed a 5 per cent revenue growth to US$2.8 million in Myanmar last year. Globally , it posted a 10 per cent rise in revenue.
“This year, we are targeting $3.4 million in revenue from Myanmar, given the brighter outlook for the event business in the country," he said.
According to estimation, the total revenue of Myanmar's event industry is expected to grow 20 per cent this year to $151 million. Last year, the industry saw a 15 per cent growth from 2017, recording $145 million in total revenue.
Yet, the executive warned of digital disruption which could have a negative impact on advertising spending on television and the printed media.
Media and data storage device industries are among the sectors likely to be affected, as some magazines and newspapers may have to close down due to financial constraints whereas disk, CD and DVD are no longer in use with the arrival of Cloud storage.
“Over the past three years, we have witnessed a continuous decline in advertising spending on TVs and magazines in Thailand. This has become a global trend, businesses need to invest in digital marketing," he said.
"For example, look at department stores. When a new shopping mall comes, old ones need to protect their market, which means they have to spend more on events to attract their customers because the market size remain the same."
However, Kreingkrai seemed happy with the expansion of event space in Yangon, Myanmar's commercial hub.
Following the opening of new shopping malls including Junction City and City Mall St.John, the available area for events in Yangon will reach 1,501,480 square feet, nearly 400,000 square feet more than in 2015.

Regional footprint
According to Kreingkrai, exhibitions in Myanmar will mainly focus on food & beverage, industrial engineering, construction, electronics, power and energy, agriculture, automobile and pharmaceuticals this year. The company plans to manage events in Thailand, Cambodia, Vietnam, Japan, and United Arab Emirates, and is also eyeing Taiwan and Korea.
He said the Middle East would be a new market for the company.
“At this point, we mainly focus on Myanmar and our clients in the Middle East because they need more creativity," he said.
"We are aware that some countries in the Middle East want to create a new sector to attract more tourists as petroleum prices have been dropping. For example, UAE, Qatar and Bahrain have similar strategies to develop their countries."
Regionally, the event industry will continue to grow, as it helps to meet customers' needs in this digital era.
In this respect, the company will deliver many creative events, sharing its 29 years of experience in event marketing, brand building, organising trade fairs and lifestyle entertainment for both the public and private sectors, said Kreingkrai.
The executive said the behaviour of Myanmar consumers has changed. They are now more open to a new lifestyle and technologies. New venues for organising events have also opened to support the growth of the event industry such as exhibition halls, hotels and malls.
"Compared to other Asean countries, Myanmar has much room for improvement in the event industry. Our team in Bangkok can offer support when it comes to digital marketing," he said.
According to the executive, Myanmar's event industry can be divided into three groups - event marketing, exhibition and entertainment.
Apart from Yangon, Kreingkrai sees Mandalay as another promising city for Index events, though it may take longer to see such events in other major cities such as Nay Pyi Taw, Pathein, and Taunggyi.
"Our strategy is to create different platforms for various industries in the form of modern trade fairs in order to support business growth in Myanmar and aboard. It will help improve investors' confidence in this country," he said.