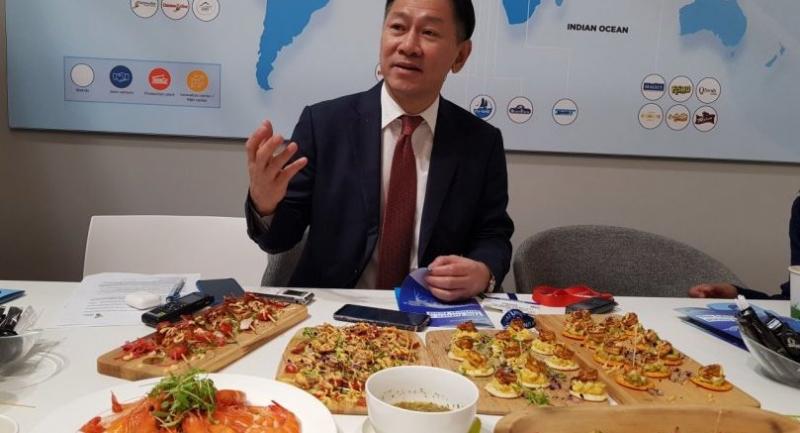 By JINTANA PANYAARVUDH
THE NATION
BRUSSELS

THAI UNION GROUP, a world leader in seafood, is exploring new emerging markets to expand its business and investment, in order to enhance competitiveness.

While the company will maintain its three major export markets – the United States, Europe and Japan – it now aims to further spread its products in newly emerging markets such as China and landlocked countries like Laos, as well as further penetrating the Thai market, said Rittirong Boonmechote, president of global frozen and related units at Thai Union Group.

“Competition is high in developed and high purchasing-power countries, while emerging markets are growing and have high potential for increase in purchasing power,” he said.

Moreover, the company is seeking to make more investments in Thailand and throughout Asia, as it would increase profits and make it easy to handle the return on investments, he said. He added that frozen food development in the country still has high potential to grow. Thai Union is the world’s largest producer of shelf-stable tuna products. Last year it acquired a 25.1 per cent stake in Thammachart Seafood Retail, which provides professional management services to Thai retailers for their seafood counters. Thai Union will acquire 40 per cent more in the firm this year, said Rittirong.

Apart from its core business, the company is also open to investing in businesses that use new technology or innovation in the food sector, such as protein from plants or insect protein in keeping with the global trend of increased use of natural protein.

“We are interested in any business, including startups for food tech, that can support a company’s ability to compete,” he added.

Rittirong sees a continuing positive future for the seafood industry as the number of seafood consumers is still increasing.

Due to health concerns, seafood is still popular, has huge demand, and has more room to grow than the poultry or beef industries, but we need to offer new products and also new markets as the global market is going through changes, said Rittirong.

Speaking at Seafood Expo Global in Brussels last week, Rittirong pointed out the demand and good price of salmon displayed at the event.

Unlike in the past, when only people in developed countries could afford the fish, emerging markets nowadays also have the ability to buy salmon, he explained. Thai Union has projected this year’s sales growth at no less than 5 per cent of last year’s Bt133 billion, he noted.

He said the company is considering spinning off Thai Union Feedmill Co, a manufacturer and distributor of animal feed, which generates sales revenue of Bt4 billion to Bt5 billion annually.

It plans to seek listing on the Stock Exchange of Thailand in June and make an initial public offering in November this year. By working with FeedKind, we are able to offer shrimp that have been grown using feed that has completely replaced fish caught for fishmeal in the feed with the innovative alternative protein, he said.

Rittirong called FeedKind the future of shrimp feed, and said it was very important because consumers cared more about where the shrimp came from as well as what they ate.

“We try to respond to several types of clients, especially those from European markets that pay more attention to sustainable and high-quality products and ask us if we could feed shrimp with zero fishmeal food,” he added. FeedKind protein contains a unique carbon signature that can help the food industry provide traceability and integrity to its supply chain.

The firm is now in trials for FeedKind at its shrimp farm in Satun province.

"It is continuing to develop," Rittirong added.

The investment cost of using the protein is 14 per cent higher than for fishmeal, but he believes the cost would go down once there is high demand.