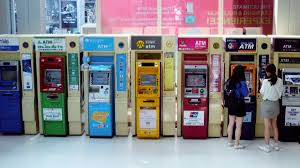 Analysts have revised downward the earnings growth forecast for Bangkok bank (BBL) from 6 per cent to 2.5 per cent this year. Despite better-than-expected results in the second quarter, the bank recorded lower profit from assets, with slow growth rate pushing down net interest margins.

Chantana Taweeratsin, director of securities analysis department of Kasikorn securities, said the banking group's second quarter earnings were 5 per cent above estimates, mainly due to lower provision. While TMB’s loans grew a mere 1 per cent rate in the quarter, interest and fee incomes were better than expected. According to asset appraisal, NPLs at the bank will increase this quarter.

The department has adjusted downward the banking group's 2019 earnings growth estimate to 5 per cent (Bt8.5 billion), from the previous estimate of 6 per cent (Bt9.4 billion) due to the drop in BBL's earnings forecast.

Investors are advised to invest in SCB because of its high asset growth, supporting the progress of NIM. SCB Life saw increased profits, thanks to its reasonable price at Bt152 per share.

BAY is another option due to higher profit from having the most outstanding loans, lowest NPLs in the industry and the ideal price of Bt44.5 per share.

Trinity Securities' analysts said the company had slashed its net profit estimate of the banking group in 2019 to Bt172 billion, or a 2.2 per cent growth year on year. The company had expected a combined profit of Bt174 billion. The company recommends SCB due to its reasonable price of Bt160 per cent per share and the likely benefits from the government's short-term economy plan. With the highest credit approval, TCAP stands out in the small bank grouping as its stock price is below book value.

TMB Bank reported a net profit in the second quarter of Bt1.9 billion, decreasing 5.4 per cent from the same period last year.

Taweelap Rittapirom, executive vice president of Bangkok bank, said banking will fare better in the second half due to the government's economic stimulus policies, such as the grassroots support measures, drought remedy plans and price fixing of agricultural produce.

“We expect banking performance will continue to improve in the second half of the year. However, there are factors to be monitored closely, especially impact from the trade war, foreign conflicts, and government policy implementations. The business sector has to prepare and follow the situation closely.” Taweelap said.