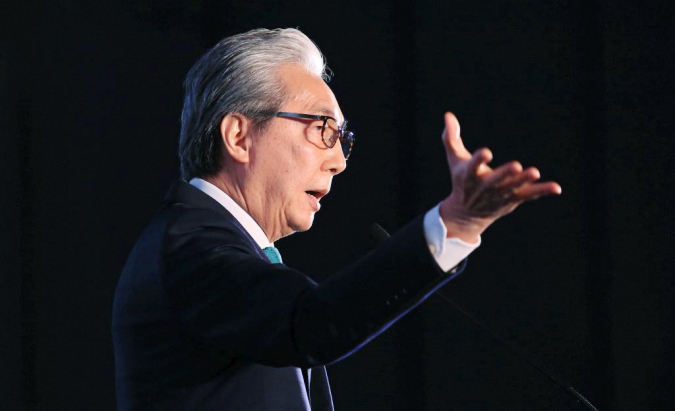 Deputy Prime Minister Somkid Jatusripitak is confident Thailand’s gross domestic product will pick up in the fourth quarter of this year, following the launch of Bt316 billion economic stimulus packages and the rice price guarantee scheme.

The Cabinet approved the stimulus packages at a meeting on Tuesday, while the National Rice Policy Committee on Wednesday approved a budget of Bt21 billion to guarantee the price of rice harvested in 2019 and 2020.

The deputy prime minister said the movement of interest rates is no more an indicator of the investment trend but it is the people’s confidence that will indicate the level of investment.

Somkid recently held a meeting involving the Bank of Thailand (BoT) and the Finance Ministry to discuss a plan to set up a joint committee to steer the economy.

In a related matter, Standard Chartered Bank has lowered its 2019 GDP growth forecast for Thailand to 3.0 per cent from 3.3 per cent. The bank expects growth in the second half to improve from a weak 2.6 per cent in the first half.

The bank said coordinated policy easing in the form of BoT interest rate cuts and a soon-to-be-implemented fiscal stimulus package should support growth from late in the third quarter and strengthen exports and tourism.

Stimulus measures implemented in the past have proved effective in shoring up the economy.

According to the National Economic and Social Development Council, the country’s GDP expanded 2.3 per cent in the second quarter compared to the previous quarter’s growth of 2.8 per cent.

Jindarat Viriyataveekul, director of the Public Debt Management Office’s policy and planning bureau, said on Thursday there is no need for concern over the government’s economic stimulus packages boosting public debt.

Jindarat put the debt level as of this month at 41.45 per cent of GDP, much lower than the debt-to-GDP ratio ceiling of 60 per cent set out in the Finance Ministry’s policy framework on fiscal sustainability.

The budget deficit is forecast at Bt500 billion per year, peaking at Bt570 billion in 2022.

The country also enjoys low risk in borrowing, she noted. Of total debt, 90 per cent is long-term and 97 per cent is baht-nominated.