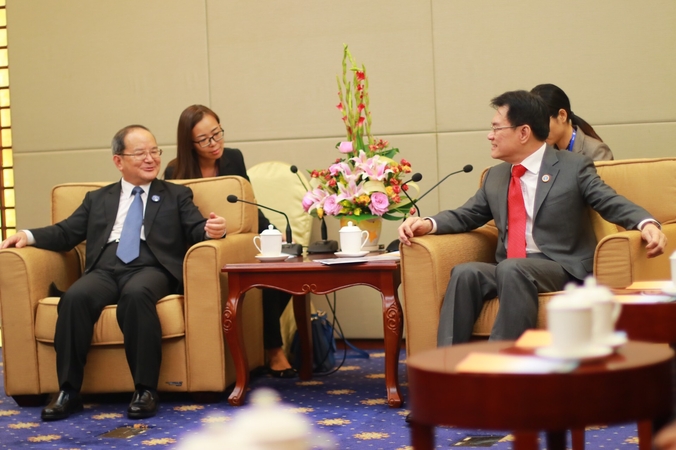 Deputy Prime Minister and Commerce Minister Jurin Laksanawisit said his visit to Guangxi, China this week was successful after Lu Xinshe, the secretary of the Guangxi Communist Party, on Friday agreed for the holding of a Thai fruit fair in the province.

Jurin and a Commerce Ministry team made a two-day visit on Thursday and Friday to Guangxi to promote exports and investment.

Jurin said he had met Lu on Friday evening and the Chinese official had agreed with the Thai proposal to hold a fruit fair, which will help increase overall Thai fruit exports to China.

At the meeting at Nanning, Jurin and the Chinese official also discussed the trade value between Guangxi and Thailand, especially logistics systems between the two countries by sea and road.

“We also invited Chinese investors from Guangxi to expand their investments in Thailand, especially in the Eastern Economic Corridor and the South of Thailand, including furniture from rubber. This is to improve rubber prices in the long term,” Jurin said.

He said that Lu was supportive and expressed interest in promoting investments from Guangxi in Thailand, especially in the rubber industry.