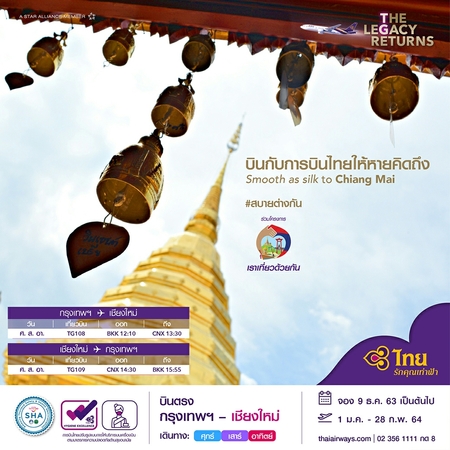 Thai Airways International said it will resume flights from Bangkok's Suvarnabhumi Airport to Chiang Mai and Phuket from January 1-February 28.

The airline said the move is aimed to promote domestic tourism and boost revenue in the regions. The services will be operated with Boeing 777-200ER aircraft. 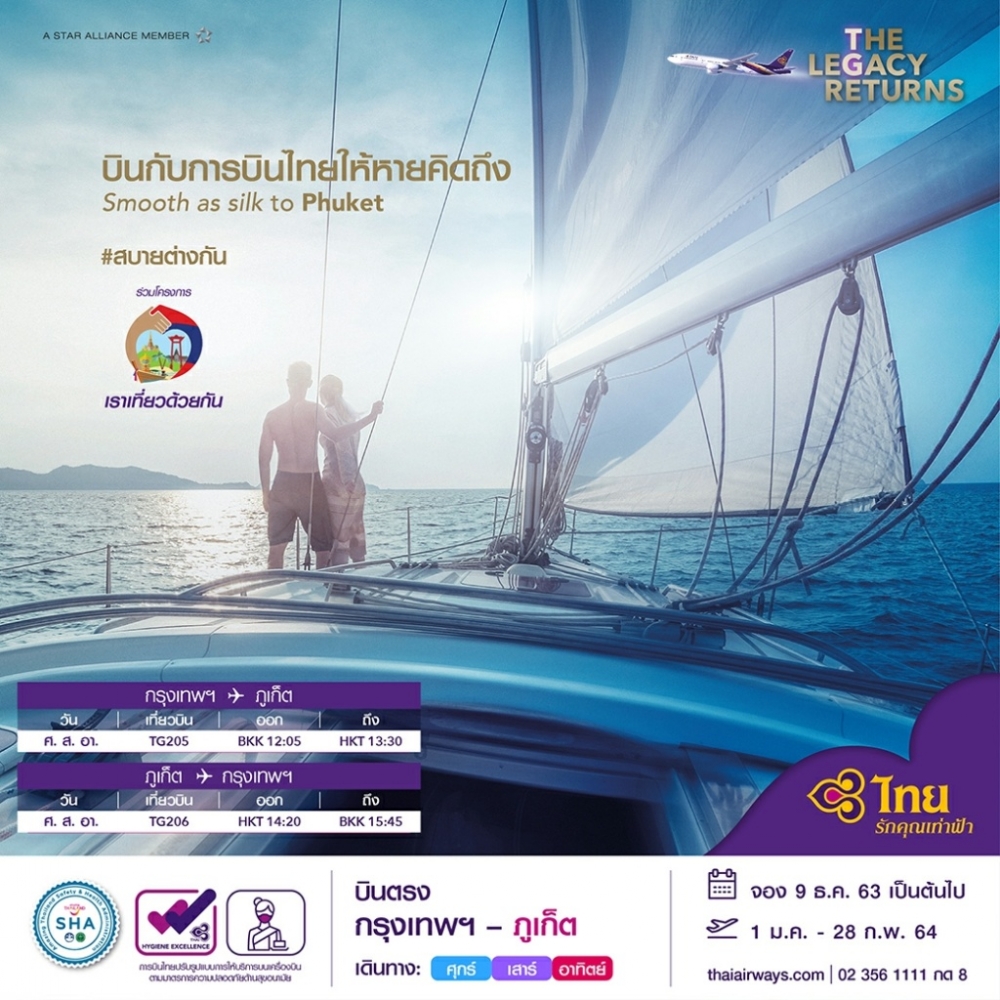