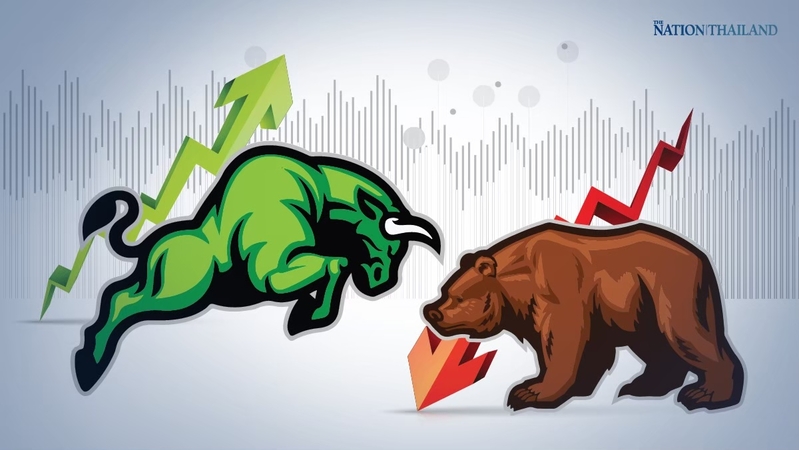 The GameStop share drama that has rocked Wall Street could happen in the Thai stock market too, due to globalisation of data and the IT revolution, an economist has warned.

Meanwhile, Kasikorn Research Centre has predicted that the Thai central bank will leave the key interest rate unchanged when the Monetary Policy Committee (MPC) meets on February 3.
Anusorn Tamajai, former dean of the Rangsit University’s Faculty of Economics, has warned local investors that shares of some companies could be targets for speculative trading in the same manner as the shares of GameStop, a VDO games retailer in the United States.
The skyrocketing price of GameStop has been the talk of the town after some Wall Street heavyweights faced huge financial losses on their bet against GameStop shares, while amateur investors defeated their plans with frenzied buying of the company’s shares that sent its price soaring. Critics blame social media platforms such as Reddit and new applications that facilitate amateurs to jump into the stock market where they could lose their money in speculative trading.
The IT technology that led to globalisation of information could change world capital markets and cause some countries to lose control over their economic management and tax revenue. It could also lead to a financial bubble that could go bust in case share prices are not backed by economic fundamentals, said Anusorn.
Thai investors could use an application or the investment room chat at pantip.com to speculate on shares, as the amateur investors in the US did on GameStop, he warned.
The speculative trading has expanded to other shares trading on Wall Street, including movie theatre AMC, retail business Bed, Bath & Beyond, and mobile phone brand Blackberry, said Anusorn.
On the positive side, IT technology could lead to democratisation of capital as proposed by the economist John Kenneth Galbraith. A new wave of investors could create a countervailing power against the establishment force that has long monopolised the market and economy.
Blockchain technology and the upcoming ‘quantum computing,’ superfast computing calculation, is expected to dramatically change the landscape of global financial markets, the economy and the manufacturing sector, he predicted.
IT and Blockchain technologies have made cryptocurrencies and digital money widely available and it is difficult for regulators, such as the central banks around the world, to control the use of cryptocurrencies, said Anusorn.
He revealed that there were only two Thai companies that were seriously studying how to apply quantum computing technology to their businesses, while governments in the US, Europe, China, Taiwan, South Korea and Singapore have supported private companies to make use of quantum computing, he said, urging the Thai government to do the same.
Meanwhile, Kasikorn Securities forecast that the Stock Exchange of Thailand Index is expected to move between 1,425 to 1,500 next week (February 1 to 5) after the index dropped 2.06 per cent from last week to close at 1,466.98 on Friday. Investors will monitor the outcome of Bank of Thailand (BOT)’s MPC meeting on the policy rate on February 3, the latest developments in the Covid-19 infection and fourth-quarter performance of listed firms and the consumer price index in January.
Kasikorn Research Centre expects the BOT to maintain the policy rate at 0.5 per cent, as the government has launched the latest virus relief package equivalent to 1.4 per cent of GDP. Policymakers also feel comfortable with the deceleration in the baht's appreciation because the weaker baht would not disrupt economic recovery, according to the research house.
Investors will also keep an eye on the US stimulus package, US economic indicators including purchasing managers index (PMI) in both manufacturing and service sectors, non-farm employment and unemployment rate in January. Other key economic indicators include the euro-zone’s gross domestic product in the fourth quarter of last year and January’s PMI composite in the euro-zone, China and Japan, Kasikorn Research Centre said.
The centre also expected the baht to move between Bt29.80 to Bt30.20 a dollar next week (February 1 to 5). The baht closed at Bt29.92 a dollar on Friday, slightly up from Bt29.99 against the dollar on January 22. This week, the baht moved in narrow range against the US dollar in the early days of the week but rose in line with the yuan and regional currencies later in the week.
Factors that will affect the baht next week are the outcome of the MPC meeting, latest developments in the virus infection, progress of the US stimulus package and key US economic data.